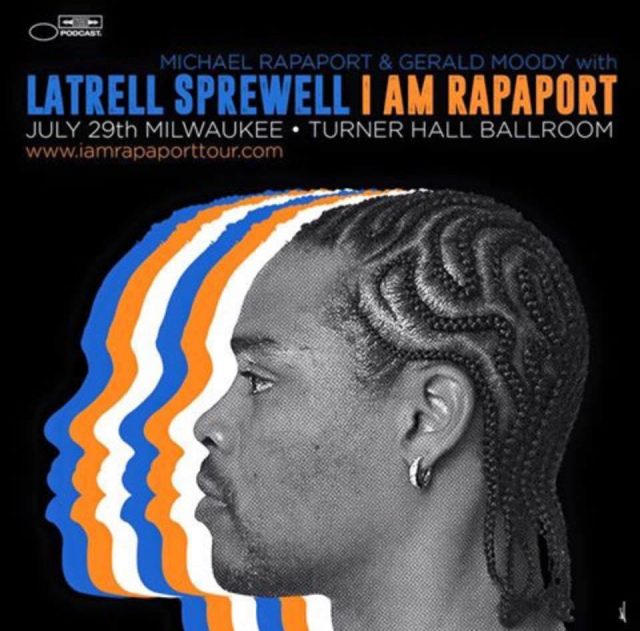 Milwaukee’s most interesting bike race is happening this Friday and Saturday as hundreds of bikers take to the streets of Riverwest for the Riverwest 24, a 24-hour bike race/spectacle. You’re probably already saying to yourself “but Marcus, I didn’t even get in this year” or “I don’t even bike.” That’s okay, you can still ride it even if it’s only you counting your laps and testing your bicycling fortitude. Besides the riding of it, RW24 is also a huge all-Riverwest party with practically every bar and business bubbling with activity; bands, house parties and race-watching are all easy to do and surprisingly fun too. The four checkpoints that make up the race circuit are all places of general merriment as well on a night and day that sees Riverwest come to life.

Still looking for something to look into when you get free time to see what's up?

Normally, this blog gets five things to do. Well, this weekend was the first that I had a hard time finding a full five things I thought would be worthy of putting out there. In some ways thats okay because the four below, are really worth it…

Live comedy takes center stage this Friday at Turner Hall when the Actor/Director Michael Rapaport and Gerald Moody bring their irreverently funny and teasingly offensive points of view on life, sports, music, film and everything in between on the I AM RAPAPORT: STEREO PODCAST WORLDWIDE PHENOMENON LIVE TOUR. A testament to the increasing popularity of podcasting in general and in particular to the talents of these men, we see more events aiming to raise what once existed as digital meta-media to main card event.

Make sure to check out a few of their podcasts to get a feel for what they’re doing; which for me, feels like the sorts of real conversations that friends generally have. The difference here of course, is that they are genuinely funny as they tackle taboo subjects in provocative ways. Their visit to Turner Hall has an extra, local connection as Milwaukee native and ex-NBA player Latrell Sprewell joins them for the taping of the podcast. ‘Spree,’ who is notorious in his own light, should make it a bit more interesting and the event will followed by a Q & A session.

Although everyone seems to have their favorite Milwaukee street festival, Brady Street Festival is undeniably one of the biggest. Expect the East Side parking situation to be particularly challenging as the hordes of party-goers descend on one of the East Side’s most storied streets this Saturday for some prime partying. For me, it’s one of the best fests to people-watch but there will be a host of cheese-centric exhibitions but the day really belongs to the multitude of local acts on three main stages.

The Pukes, Bo Triplex & His Beautiful Band, New Boyz Club, D’Amato, Devil Met Contention and Hayward Williams are just a few of the musical highlights and you can find the complete lineup here. But really, my favorite way to take in the Festival is to spend the whole day there, bouncing between stages and sampling everything. If you happen to wander by Rochambo, you can also check out the hidden stage where I’ll be DJ-ing with a host of other DJ’s.

If you’ve seen comedian Brookly-based Harry Kondabolu on Comedy Central then you know the man’s funny. Count me a fan of his acerbic wit, piquant political commentary and social satire. For me, his humor is in the same vein of Trevor Noah or Jon Stewart and his appearance at Turner Hall this Sunday is likely going to live up to his NY Times billing as “one of the most exciting political comics in stand-up today.” Between the I AM RAPAPORT: STEREO PODCAST on Friday and the Louis C.K. show on Monday, this is another in what looks like a funny weekend in Brew City.