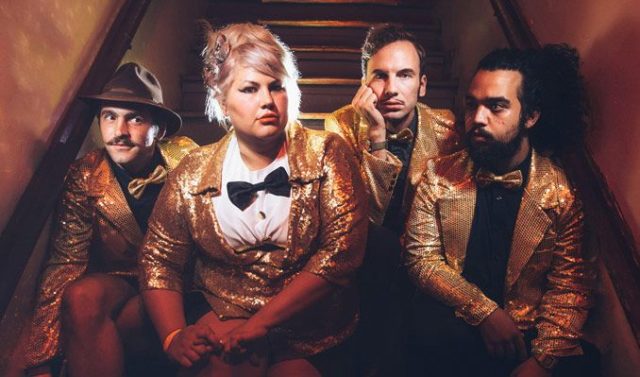 Shannon and The Clams + Dogs In Ecstasy + Phylums

They say most restaurants don’t make it past the first year, so perhaps it’s with a bit of relief that Riverwest’s Company Brewing has hit their year one benchmark after taking the old Stonefly over and ramping it up to really create a great place to not only eat, but to hear great music. The moment has not gone unnoticed and this Friday, they’ll celebrate with music from Oakland retro-rockers Shannon and The Clams who lead a bill that also has locals Dogs In Ecstasy and Phylums on it.

Shannon and The Clams have mastered their own unique mix of doo-wop and early 50’s rock, 60’s girl group sounds harnessed together with a punk rock swagger. They’re also in town to support the forthcoming release of a new album called Gone By The Dawn, an album they apparently crafted on the cozy confines of an actual log cabin.

One man's opinion, but man it could be FUN fun...

At first glance, the weekend sort of seems to lack that defining event, that big show that’s come to town and got heads talking. Look a little deeper at this ‘down’ weekend and you’ll see a clutch of smaller, less heralded but perhaps more nifty nights to get out and get down with the local scene…

more after the jump… 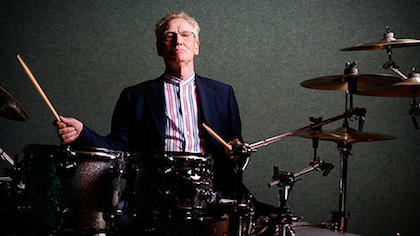 Old man can play those cans

Yep, legendary Cream and Blind Faith drummer is coming to town this Friday night to perform at the Northern Lights Theater at Potowatomi Hotel & Casino. Ginger is one of my personal favorite drummers; not just for his classic rock, but his deep connection with Africa and Airforce 3 is the fruit of his crosspollination with legends like Fela Kuti, Toni Allen and an extended stay in Nigeria back in the 60’s.

The Ginger Baker Airforce 3 was originally formed after the demise of Blind Faith, Baker hit on the idea of reinventing the Big Band sound of his youth. With a changing line up of star musicians, two albums, Airforce 1 and 2 were released in 1970, to critical acclaim that remains to this day. Now Ginger has decided wear his wings one more and travel in a new direction with blues, Africa, vocals, rhythm and harmony.

Fans of Latin jazz in Milwaukee are probably aware of one of the scene’s best players of it, Carlos Adames and his Group. You may not know however, that 2015’s ‘Best Jazz Musician’ has been working hard at releasing a disc of new material and is celebrating its release with a Latin dance party this Friday in Riverwest. Riverwest Public House is the stage this weekend and the vibes start early with yours truly on the sound; I’ll be playing a jazzy, pan-Latin set of music to stir a pot that’s bound to get hot. 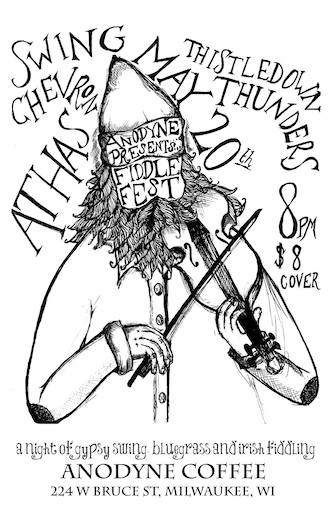 Not sure if it’s just the slang, but somehow I prefer fiddles over violins. I guess that means I’m in luck as this weekend Fiddlefest is coming to Anodyne Coffee in Walker’s Point this Friday. On any other Friday, this is where I’d be but I’m in RW with Carlos Adames Group. But if Latin jazz isn’t your swing then you could do worse than an event celebrating fiddle work in its many incarnations.

From Gypsy Swing to bluegrass to Irish ceol, Fiddlefest has strung together a nice lil lineup that features three bands who bring a different element to the party. Milwaukee based Swing Chevron has the gypsy jazz part down and’ll bring the swing for the evening while Celtic music stalwarts Athas serve a dance friendly, fun blend of original and traditional Irish vibes. Thistledown Thunders aren’t slouches either, known by many to be one of the best bluegrass bands around. 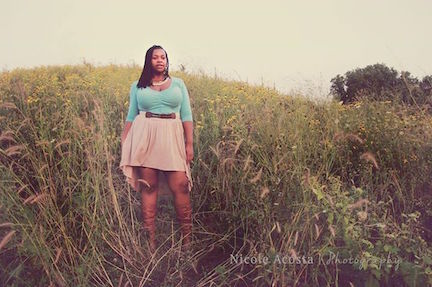 So what’s the big deal about a debut you say? Well, if you’ve been getting out to all the D’Amato shows I been backing then you’d know that Ms. Lotus Fankh has the goods. I discovered her at one of those shows, one where she lit up the stage with an original “Gon’ Wit Yo Creepy Ass” and literally brought the house down. I was impressed, but D’Amato’s lineup has an all star feel at this point, and is filled with artists ready to make their own moves; this week that move is being made by Ms. Lotus Fankh. This time backed by many of the same members of D’Amato’s and others like Cree Myles, Grey Genius, Jermaine Event and D’Amato himself.

I’m not exactly sure what everything will sound like, but I’m betting it will be built on something funky, soulful and fit the profile of a woman whose voice has the power and strength to deliver. She’s also debuting her new EP and it looks like it’s a good start for a busy summer as she’ll also be performing at Pridefest as well. Get there early, DJ Mo of Higher Education Records will be vibing the night up and expect great things.