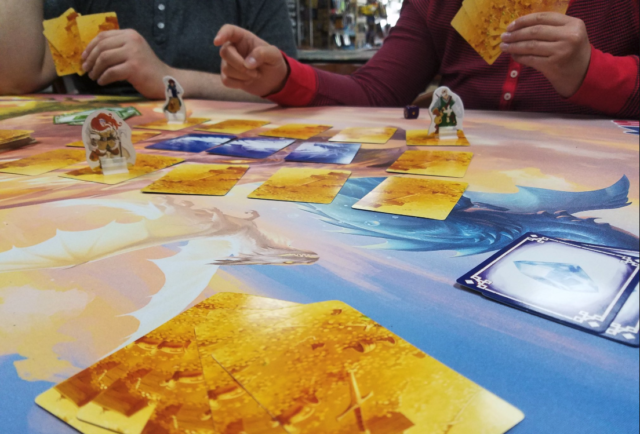 Every year Milwaukee’s Wisconsin Center hosts the Midwest Gaming Classic, drawing 15,000 gamers to a convention floor flooded with video and arcade games. It’s the city’s biggest gaming event, but each year the city also hosts a much more intimate gamer gathering called the Midwinter Gaming Convention, which puts the emphasis on board games and role-playing competitions. Think of it as a gaming event that prioritizes face time over extension cords and joysticks.

The Midwinter Gaming Convention is expected to draw 1,300 enthusiasts as it celebrates its 20th year this month at the Hilton Milwaukee City Center from Jan. 9-12. “The four-day convention features non-digital gaming of all sorts including, Live Action Role Play, Collectible Card Games, Tabletop Role Playing Games and a Board Game room with a large Play-to-Win section where guests can try out new games from small press and independent game companies and designers,” according to a press release.

The event welcomes gamers of all experience levels, and will feature Saturday youth events and a Sunday workshop on how games can be integrated into the classroom.

“Along with the wide range of gaming offered, an exhibit hall featuring local, regional, and national gaming companies and craftsmen will be open to the public,” according to the press release. “Other convention highlights include tournaments, learn to play events and fundraising for the MPDK9 Foundation.”

Tickets and VIP badges for the event are available here.