Celebrate May The 4th with these Milwaukee events

Celebrate May The 4th with these Milwaukee events 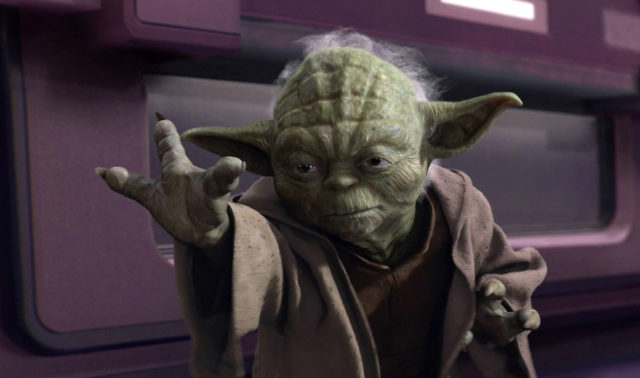 Because it is all about that bass, no rebels

Today is May The 4th aka Star Wars Day. The ‘holiday’ is a play on the classic line, “May the force be with you” from Star Wars. Throughout the country and the world fans of George Lucas’ epic creation celebrate all things Star Wars including here in Milwaukee.  Whether you are a long-time fan or a “wookie,” here are some events to check out.  Go out and meet some new friends, no need to be solo (unless you are in costume.)

Decorate your very own paper plate BB-8 or make a fuzzy Chewbacca bookmark.  Coloring sheets, stickers, and various other crafting supplies will be available in the East Branch Community Room from 4:00pm-6:00pm. Star Wars fans of all ages are encouraged to attend, Jedi robes optional (but strongly encouraged).

“May the 4th Be With You” Star Wars Party at Greenfield Public Library @ 6:30pm

This children’s party will feature Star Wars-themed games and activities, including light saber practice and a Death Star piñata.

May The 4th Be With You, A Comedy Show at the Miramar Theater @ 7pm

The Brew City Comedy team is bringing a special one night Star Wars themed sketch show in a style similar to SNL. Each person who purchases a ticket and attends will entered into a drawing for a Lego Star Wars set valued at $100 or more. There will also be some other giveaways. The main performers will be the BCC comedy team along with our host for the night: Mario Robinson. Local Sci-fi author and comedian Patrick Tomlinson will provide laughter during set changes, and our musical guest is The Bare Wellys!

Learn to take command of a Resistance X-wing or two First Order TIE fighters with The Force Awakens Core Set for the X-Wing Miniatures Game! In this two-player game of dramatic, high-speed dogfights, you and your opponent battle head-to-head for the fate of the galaxy. Secretly plot your maneuvers, fly at your enemies, take aim, and fire.

May the Fourth Be With You (Star Wars Trivia, Costume, and After Party) at Revel Bar @7pm

Trivia begins at 8 pm. Early arrival is suggested as seating is first come, first serve and may be overtaken by wookies and Jabba the Hut like extraterrestrial life.

DJ begins after the trivia. Costume contest winners will be announced at the party.