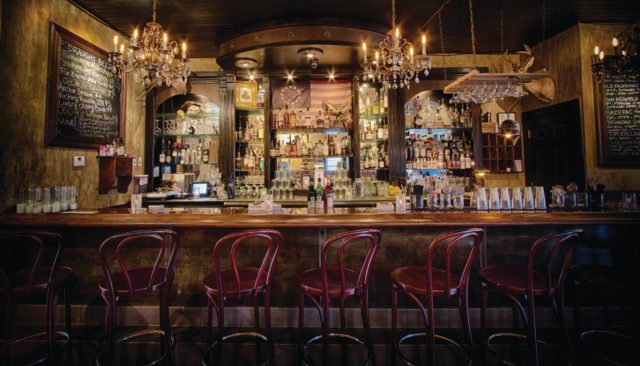 There a lot of lists on the internet, and Milwaukee appears on many good and bad. The lists that Milwaukee seems to dominate are ones that involve bars and drinking. Thrillist newest list, best places to drink in America is the latest one.  Other places on the list include Logan Square, Corktown in Detroit, Decatur in Georgia, and others.

Thrillist highlights the Milwaukee neighborhood of Bay View has one of the best places to a grab a pint or a fancy cocktail.  They highlight places like Boone & Crockett, The Vanguard, and Sugar Maple. They also mention Dock 18, even though they are no longer located in Bay View.

You can read the full write up below.

It kind of goes without saying that Milwaukee’s best drinking neighborhood knows its booze. Honestly, if you start out early playing some shuffleboard and enjoying the ridiculous beer selection at Burnhearts, there’s a chance you might never leave, but you should! You still have to explore the beer and sausage delights to be had at The Vanguard, the cocktail excellence of Boone & Crockett (their take on a brandy Old Fashioned is incredible), and the also-ridiculous beer selection at Sugar Maple. If you’re the kind of person who can’t decide between drinks and dessert, At Randomhas an encyclopedia of boozy ice cream drinks and decor and servers that do not appear to have changed since the ’60s. If you want to try something completely unique, Dock 18 is a highly experimental cocktail bar (ahem, lab) in an industrial building that represents a collab between the mad flavor geniuses at Bittercube and the excellent boutique distilling of Twisted Path. Also, there is a dive bar on just about every corner, but if you’re the discerning type you could do worse than a night of board games and pinball at Blackbird Bar. — Matt Lynch