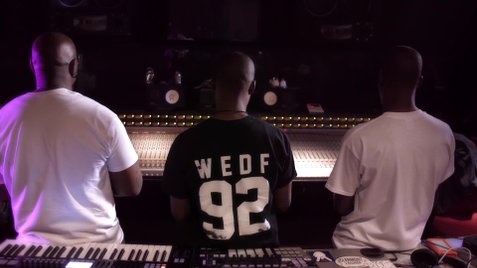 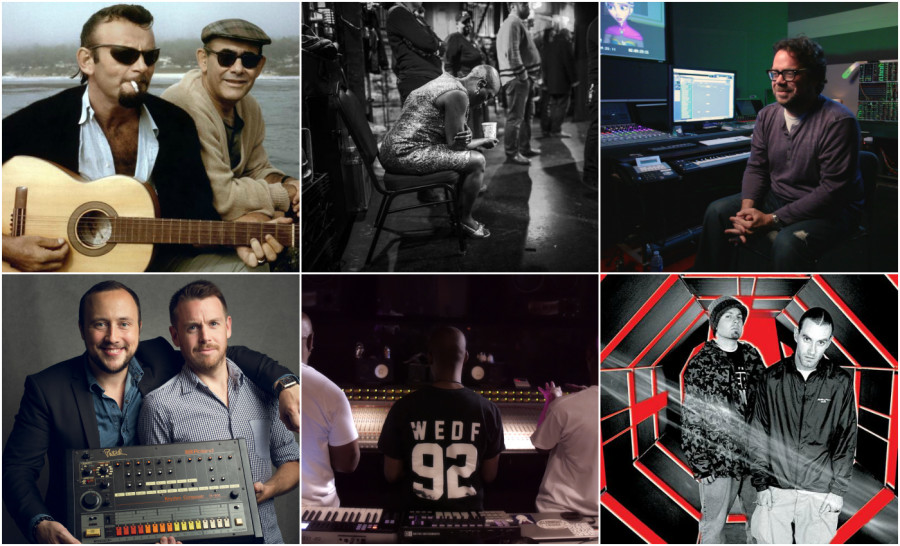 Earlier this week, Milwaukee Film announced the dates for the 2016 Milwaukee Film Festival — Sep. 22 to Oct. 6. This got me thinking about films that I hope the festival will screen, especially music-centric documentaries.Below is my list of the top 13

Below is my list of the top 13 must-see music documentaries to see in 2016.

1. The Art of Organized Noize

If you’re a fan of Outkast and Goodie Mob, this documentary is for you. Directed by Quincy “QD3” Jones, “The Art of Organzied Noize” examines the production team that pioneered the sound of Southern hip hop, Organized Noize.

Without their signature sound, there would have been no Outkast, Goodie Mob or Cee-Lo. The film also features interviews with Andre 3000, Big Boi, Puff Daddy, Future, Ludacris, LA Reid, 2 Chainz, CeeLo and more. Here’s an interview with Organized Noize from NPR.

Directed by Wendy Schneider, “The Smart Studios Story” is about the small Madison recording studio that made a huge impact on the 90s music scene.

Bands like Nirvana, Smashing Pumpkins, Die Kreuzen, Garbage, L7 and others have all recorded at Smart Studios, which was founded by Butch Vig and Steve Marker. (I even gave some money to the film’s Kickstarter.)

Lavelle also collaborated with Shadow under the alias UNKLE and released “Psycience Fiction,” which featured appearances from Thom Yorke, Richard Ashcroft and others. The film features and interviews with Josh Homme, Ian Brown, Grandmaster Flash, DJ Shadow, Gilles Peterson, and others.

“BANG! The Bert Berns Story” tells the story about the songwriter Bert “Berns” Russell, who was responsible for some of pop music’s biggest hits, like “Twist & Shout,” “Hang On Sloopy” and “Piece of My Heart.”

Filmed with candor, warmth and humor, “Android In La La Land” explores life of Gary and his Numanoid family as they set up home in California, and as Gary records his eagerly anticipated new album “Splinter.” With exclusive access to the Numan family as they unpack in California, the story unfolds at home, in the studio and on the road. What does the future hold for the Numans and how will “Splinter” be received by an expectant worldwide fan base? (via SXSW)

Airing on PBS later this year, the three-part series looks at the trailblazing era when the music of ordinary Americans was recorded for the first time in the 1920s. The feature film, “American Epic Sessions,” brings some of today’s greatest artists to record on a re-assembled machine that was similar to the one that first recorded musicians back in the 1920s.

8. The Glance of Music

No other composer in modern history has made an impact on music and film like Ennio Morricone. Directed by Giuseppe Tornatore, “The Glance of Music” tells the story of this musical genius, who has composed music for films directed by Quentin Tarantino, John Carpenter, and the iconic westerns of Sergio Leone.

I’m surprised there hasn’t been a documentary about film scores yet, but better late than never.

“SCORE” looks at the creative process of film scores. It will feature interviews with film composers such as Zimmer, Danny Elfman (“Batman,” “Spider-Man,” “Alice in Wonderland”), Howard Shore (“Lord of the Rings,” “The Hobbit,” “The Departed”), Trent Reznor (“The Social Network,” “Gone Girl”), Randy Newman (“Toy Story,” “Monsters Inc.”), John Powell (the Bourne trilogy, “How to Train Your Dragon,” “Shrek”), Bear McCreary (“Battlestar Galactica,” “Agents of SHIELD,” “The Walking Dead”), John Debney (“Passion of the Christ,” “Star Trek: The Next Generation”), and many more.

Directed by two-time Academy Award winner Barbara Kopple, “Miss Sharon Jones” follows the amazing singer over the course of a year, as she’s struggles with pancreatic cancer to preserve what she loves most: the stage.

11. A Song For You: The Austin City Limits Story

PBS’ Austin City Limit has been one of the best places on TV to watch great music performances for the past 40 years. Directed by Keith Maitland, “A Song For You: The Austin City Limits” offers an amazing behind-the-scenes look on what’s made Austin City Limits so special. The film features a variety of interviews with performers, fans and the people who have made the show possible.

A Song For You: The Austin City Limits Story SXSW World Premiere Trailer from keith maitland on Vimeo.

“Sonita” illustrates the true power of music. Directed by Rokhasareh Ghaem Maghami, the film tells the story of Sonita Alizadeh, who uses rap lyrics to fight child marriage. Sonita herself fought to get out of a forced marriage when she was younger.

13. Sex and Broadcasting: A Film About WFMU

As someone who has been working in public radio for more than nine years, I can truly relate to this one. Directed by Tim K. Smith, “Sex and Broadcasting” tells the story of New York public radio station WFMU and one man’s attempt  to keep it alive, despite various outside threats. The story is also about the changing landscape of media and how it’s becoming harder for independent voices to be heard in era of media consolidations.