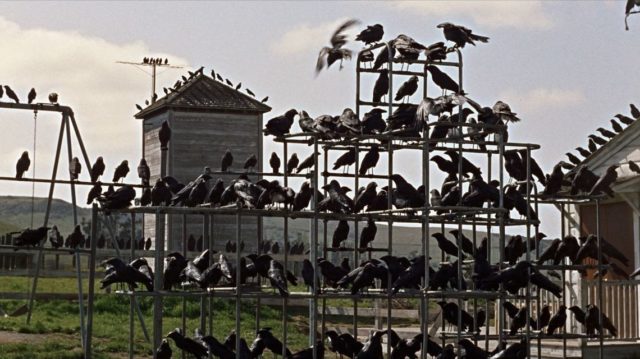 Today they’re preparing themselves for the movie that has terrified audiences for generations: Alfred Hitchcock’s iconic 1963 horror hit “The Birds.” Cast member Veronica Cartwright (she played one of the kids, Cathy) will be in attendance for the movie’s 10 p.m. screening at the Oriental Theatre on Tuesday, Oct. 22.

“It took Alfred Hitchcock three years to follow up Psycho, but when Hitch reemerged in 1963, it was with this classic thriller of looming dread and unprovoked violence, in which all of the birds in a small Northern California town start to inexplicably attack the populace. Tippi Hedren, Rod Taylor, and Jessica Tandy starred, and MFF 2019 special guest Veronica Cartwright (Alien, The X-Files) appeared in her first major film role. Beware the skies!”