Milwaukee Film Membership Manager Kristopher Pollard and 88Nine Music Director Justin Barney sit down every day for the Milwaukee Film Festival and pick the movies you should see. Here is today’s pick.

Kpolly: There is only one film, so it’s super easy. The film is a great opening night film called, “Stumped.” It is a documentary about Will Lautzenheiser, who is a man who very suddenly got a bacterial infection and had to have all of his limbs amputated…which is an intense thing to happen to somebody.

Kpolly: Yes. However, the film is not bleak.

He shows his triumphs and struggles. But, what I think in most interesting is that it shows how he keeps a sense of humor in a situation like that. Most of us wouldn’t. He actually turns it into stand up comedy to express himself through this, which is kind of amazing.

7:30 at the Oriental Theater 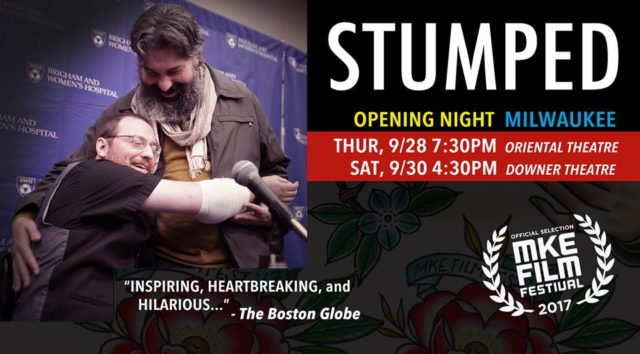