Milwaukee is in a Music Video Renaissance

Milwaukee is in a Music Video Renaissance 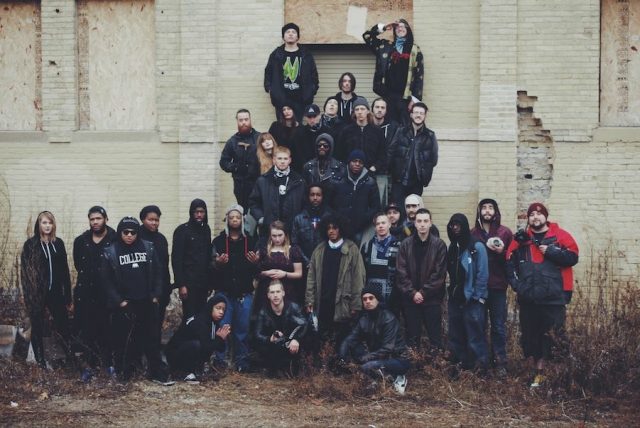 An interview with filmmaker Cody LaPlant, plus the best local videos not at the Milwaukee Film Festival.

Milwaukee was on edge the morning of December 22, 2014. That day the District Attorney announced that no charges would be filed against the police officer who killed Dontrelle Hamilton in Red Arrow Park on April 30, 2014. Protests ensued as frustrated citizens marched through downtown.

Over on the East Side, behind Riverside High School on a hill next to the Urban Ecology Center, a group of young filmmakers, musicians, and friends gathered for a video shoot. As icy rain steadily fell as the group ran down the hill past WebsterX for the anchoring shot of “Doomsday.”

My girlfriend and I were among the extras on the “Doomsday” shoot, which I learned about from a public Facebook event. I had only seen WebsterX a couple of times up to that point and we were first meeting almost everyone on set. It was one of those serendipitous events that set in motion a series of opportunities, collaborations, and friendships.

“Doomsday” would go on to become a landmark Milwaukee music video, garnering national attention for WebsterX and the burgeoning Milwaukee hip-hop scene, not to mention the creative minds behind the video.

The Milwaukee Music Video Show screens tonight at 9:45 p.m. in the Oriental Theatre. In honor of this second edition of the program, I interview “Doomsday” filmmaker Cody LaPlant and look at some of the best videos that didn’t make the program. [Read below for more.]

Cody LaPlant is a Sun Prairie-native who moved to Milwaukee to attend UWM and study filmmaking. He was still in school when he linked up with fellow filmmaking student Damien Klaven and experimental hip-hop artist WebsterX (Sam Ahmed). The trio enlisted the help of friends to shot “Doomsday” without a budget, framing Ahmed against the hulking expressway in the Menomonee Valley and the desolate wintry wilderness along the Milwaukee River.

After Vice Magazine’s online music arm Noisey premiered the video the response was astounding—it was picked up by Entertainment Weekly and a litany of blogs.

“That initial response essentially kick started my career,” says LaPlant. “That video gave us the exposure we needed. The talent was there but we didn’t have an outlet to showcase it. My inbox started to fill up quickly from artists in and out of Milwaukee.”

“I’ve been really fortunate to travel to quite a few places for work the past year, primarily for music videos. I’ve had shoots in Boston, Los Angeles, Minneapolis, Chicago, Panama City Beach, Nashville, New Jersey, and Alabama. I’ve had a lot of jobs in New York City. Traveling solo through the subway with two luggages and a camera bag is my favorite,” adds LaPlant.

Less than a year later LaPlant, Klaven and WebsterX reunited for the “Lately” video, a front runner to win at the Milwaukee Music Video Show. The sweeping cinematography—shot in rural Wisconsin and on the bluffs of Lake Michigan—intricate costume design by Amanda Mills, choreography, and an imaginative opening elevates the visual aesthetic.

Earlier this year the team created another ambitious, no budget video for “Everything,” which is from WebsterX and Q the Sun’s exceptional Radiohead-inspired EP KidX.

“In my opinion, ‘Everything’ is the strongest narrative style video that we’ve done. A lot of people helped out on that one, collaboration was in full effect. It was great to see that one come together after envisioning such a funny story in our heard,” says LaPlant.

Despite the fact that “Everything” once again set the bar for Milwaukee-made music videos, it was not selected for this year’s Milwaukee Music Video Show. I suspect the festival wants to limit the category to no more than one entry per artist. Still, LaPlant and Klaven worked on two more entries from WebsterX’s brethren in the New Age Narcissism collective. They include “SOS” by Lorde Fredd33 and “Cream and Sugar” by Lex Allen, which features WebsterX in what appears to be a continuation of his character from “Lately.”

In addition to their work outside of Milwaukee this past year, LaPlant and Klaven helmed more locally-made music videos. They include “Hi Klass” by Klassik (LaPlant), “As Of Late” by Rahn Harper (Klaven), “W A V E S” by Von Alexander (Klaven), “By 3” by Mic Kellogg (LaPlant and Klaven), “Valicity” by The Living Statues (LaPlant), “Pain (ft. Fivy)” by Mike Regal (Klaven), “The Living” by Madison’s Emilie Brandt (LaPlant), and “Stupid Rose” by Chicago’s Kweku Collins (LaPlant). My personal favorite is the Klaven-directed “1984” by Kiings featuring bliss and alice, King Courteen, & WebsterX.

What sets LaPlant and Klaven’s work apart from most locally-made music videos is their slick, cinematic style. Through the years Milwaukee creatives have—for better or worse—had a tendency to be tongue-in-cheek, making a point not to take themselves seriously. There is a strong, proud tradition of DIY filmmaking and aesthetics in Milwaukee. While LaPlant and Klaven aren’t the first local filmmakers dedicated to a cinematic style—Milwaukee has exported such talents as Philly Fly Boy (Steven Philip) and Xavier Ruffin—they have been the most prolific as of late. 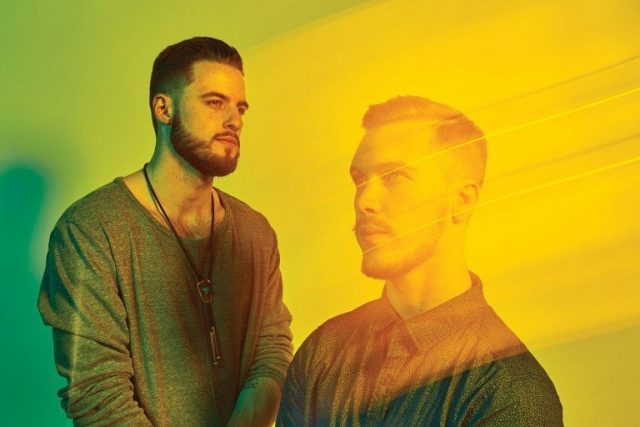 Though they have mostly worked separately since “Doomsday,” LaPlant and Klaven continue to help each other out.

“I think Damien and I will always come together for WebsterX videos. It’s how this whole thing started,” says LaPlant.

The Milwaukee Music Video Show is a submission generated program, which means not everyone bothered to submit their videos. Many of those submitted were simply overlooked. Below are a few worthy videos that for whatever reason didn’t make the cut. (Note: the window for submission was June 2015 to June 2016. I realize some videos were released after not making it into the film fest, but they are not included unless they were officially released in that window.)

THE BEST NOT AT THE FEST

Wes Tank is one of Milwaukee’s most respected creatives. A writer, poet, musician, rapper, actor, and filmmaker, Tank toils in the murk of self-expression. He is attached to three of the official Milwaukee Music Video Show entries. However, in late 2015 he released some of his best work—an 8-part series for adoptahighway (Barry Paul Clark) record’s A Fault, with location scouting by Adam Carr. It’s difficult to pick a favorite from the eight videos, but “Despair” will suffice.

A frequent collaborator with Wes Tank, Anderson is responsible for a few of the Milwaukee Music Video Show entries. He also created an awesome and touching video for The Fatty Acids “Worst Part,” which combines live performance footage, outtakes from past videos shoots, random fun, and blue-screen paint effects.

In keeping with Milwaukee’s DIY heritage, there have been many great music videos made in the past year with that “extra” low budget feel. Thunder Zone put out four Dogs in Ecstacy videos (“I’m a Man,” “Do Me Ronnie” “Anxiety,” and “G I R L”), Soul Low released a trio (“Always Watching Out,” “I WANT TO DIE,” and “OMG STD”), while Nathan Lee Riddle produced a pair for Iron Pizza (“The End”) and Soup Moat (“Band Practice”/“Uptowner Girl”). Milwaukee film icon Mark Borchardt (American Movie) shows up in a couple of the videos, including my favorite—“Downtown” by Platinum Boys—which features a high-speed police car chase, drugs, and rock n’ roll.

There is a very obvious reason why the video for “Hang On, Hang On” by Space Raft will not be screened tonight at the Oriental: it is a 360˚ video. The first of its kind in Milwaukee, the ideal way to experience the video is on a virtual reality headset. If you can’t track one down, watch it on a smartphone or tablet, but make sure not to bump into anyone while immersing yourself in Kevin Meyer’s (Dusty Medical Records) basement while Space Raft rocks out all around you.

Screening at the Milwaukee Music Video Show will be Canopies video for “Getting Older,” which utilizes infrared structured light imaging. That sounds pretty complex and technical. Mark Peterson of Micronic World Studio employed a seemingly less intensive process for the charming and innovative animation in Phylums’ “Cold Coffee.”

Since “Doomsday” shined a light on the Milwaukee hip-hop scene, many local rappers have stepped up their visual game. Reggie Bonds’ “Locust St. Freestyle” and Pharaoh Mac & DMT’s “Same Time ft. Sista Strings” are excellent examples. One of my favorites was produced by the German culture magazine Juice, a minimalist one-shot for IshDARR’s “Somebodies.” LaPlant and Klaven’s influence can be seen in other locally-made hip-hop videos, like Mozaic x Zed Kenzo’s “Imitation Diamonds,” made by Alex Belville.

On the eve of his second Milwaukee Music Video Show I asked LaPlant where he sees himself by this time next year.

“I will continue to push myself to create the best art that I’m capable of creating. It can be very easy to get caught up in the money and lose sight of why you started shooting in the first place. Quality always trumps quantity. To get complacent would be foolish. I have a lot of goals and time seems to go faster everyday.”

“I’m working hard to gain access to larger budgets so I can expand my vision. As far as where I see myself location-wise, I’m not sure. I love the Midwest, it’s my home. I’m always playing with the idea of going out to LA for a couple of months. Chicago would be a good change of pace too. I’m getting a handful of work out there lately so who knows where I’ll be. As long as I’m surrounded by like-minded people I’ll be happy.”