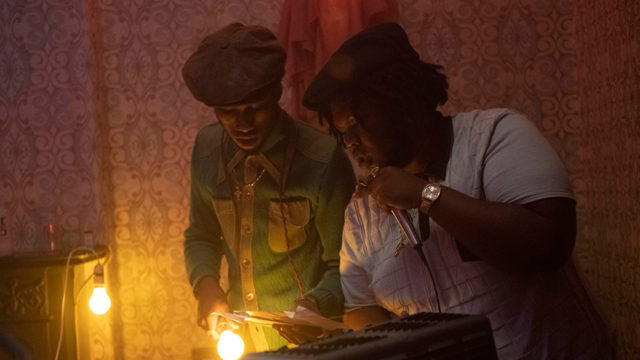 Director Steve McQueen has released a series called “Small Axe.” Is it a TV series? He says that it is, even though the Chicago Tribune, Consequence of Sound, and Vulture, among others, had individual episodes listed as their Best Film of the Year on their End-Of-Year lists. I think the point is that it doesn’t matter. The five episode collection by Steve McQueen is stunning no matter its label.

The series centers around the community of West Indian immigrants in England in the ’70s and early ‘80s. Each episode captures different aspects of, what come together as, systemic racism. All based on true events, McQueen begin in archival footage to create the full picture. It’s one that he lived. McQueen grew up the son of British immigrants from Grenada and Trinidad. He witnessed the police brutality, the faulty education system, and violent oppression himself. But, it is not heavy. Possibly the greatest episode in the series is the second film, “Lovers Rock.” The entire episode is a fly-on-the-wall observance of a house party where beautifully clad attendees dance to ‘70s Jamacian dub in a tiny flat. There is almost no narrative at all, just the beautiful observation of a happening time. It’s McQueen at his most experimental and possibly most beautiful.

In addition to “Small Axe” we talk about our favorite segment, “What else are we watching?” which also sidebars into a discussion on some takes on Harry Potter, the HBO series “Barry” and Kpolly embracing his own sloth.