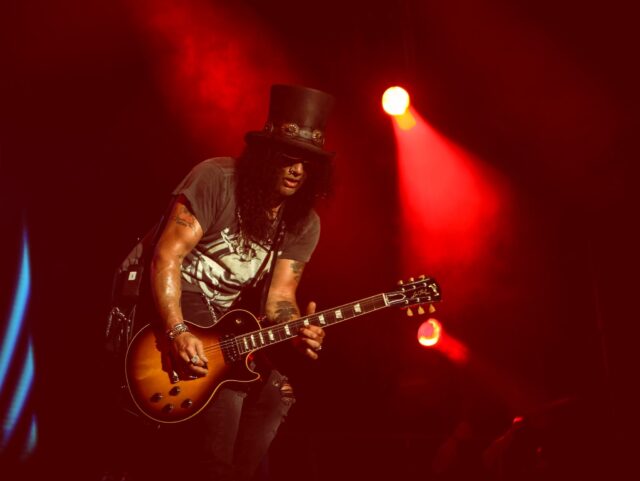 With the COVID-19 pandemic still nowhere under control in America, it’s hard to predict with any certainty when it will be safe for arena-sized crowds to gather at concerts again, but at least a few major acts are banking on it happening by next summer.

Last week Justin Bieber rescheduled his postponed 2020 Summerfest concert for next year, and his week Guns N’ Roses are following suit. The hard-rock icons have announced they will kick off their 2021 tour of rescheduled dates with a performance at Summerfest’s American Family Amphitheater on July 10, 2021.

Summerfest has not officially announced its dates for next year yet, but if it sticks to its traditional calendar that would likely make Guns N’ Roses the festival’s closing night headliner.

Guns N’ Roses have been touring with something resembling the band’s classic lineup. After years of touring with ringers, Axl Rose reunited with Slash and Duff McKagan for a huge and lucrative tour in 2016.