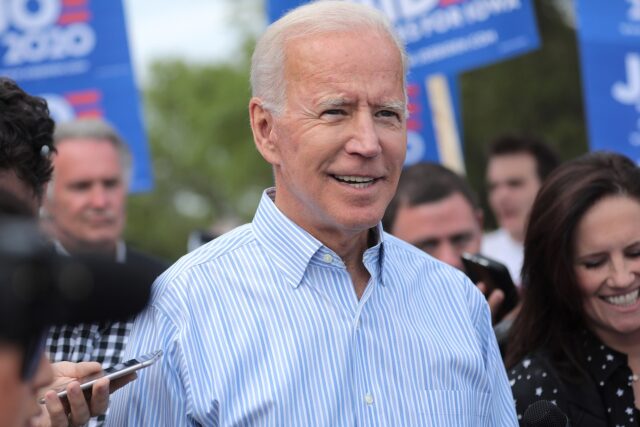 Just when it looked like Milwaukee’s shrinking Democratic National Convention couldn’t get any more scaled back, reports have come out that even the main attraction won’t attend.

Joe Biden will not travel to Milwaukee to accept the Democratic nomination in person, Bloomberg reporter Tyler Page tweeted this morning. “His plans to travel to the convention have been scrapped because of coronavirus concerns,” Page wrote.

And Biden may not be the only Democrat skipping the trip. According to CNN, Wisconsin health officials have informed the Democratic National Convention Committee that speakers for the convention should no longer travel to Milwaukee.

A formal announcement is expected to come soon.

According to the New York Times, “Wisconsin officials are still expected to give speeches from Milwaukee’s downtown convention center, but leading Democrats, including former President Barack Obama, Michelle Obama and Jill Biden, plan to deliver their addresses from elsewhere.”

The news is just the latest blow for Milwaukee’s DNC, which was pushed back from July to August because of the coronavirus.

Last month the Democratic National Convention Committee announced that the convention was being moved from the city’s flagship Fiserv Forum arena to the Wisconsin Center. Organizers also advised state delegations not to travel to Milwaukee for the convention.

The committee instead announced plans for a largely virtual event, where delegates will vote remotely. Large events like the welcome reception and parties for volunteers were canceled.

Earlier this month, organizers released a schedule for the convention. It’s unclear how this news will affect that schedule.

Wisconsin has struggled to contain local COVID-19 infections, with the state averaging more than 800 new confirmed cases a day over the last two weeks, according to the Wisconsin Department of Health Services.