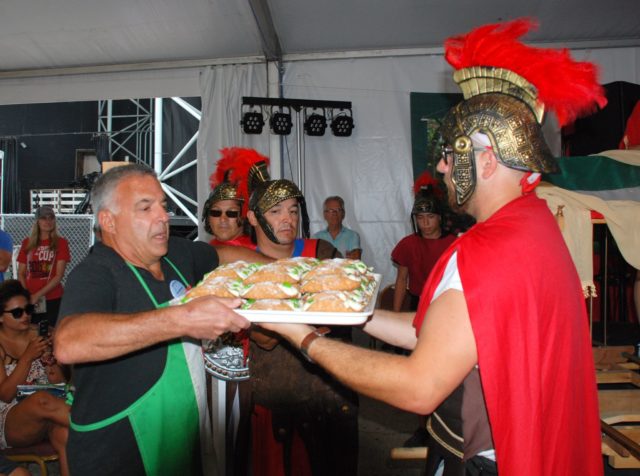 On this week’s edition, we’re previewing Festa Italiana, examining Chicago’s take on a traditional Wisconsin supper club, discussing a new pizza place on Mitchell Street, sharing news of a new crab joint and looking at a new snack bar in Washington Heights. Stream the episode below.

One of the city’s most popular ethnic festivals, Festa Italiana will feature a few new vendors this year, as well as cooking demonstrations, a cannoli eating contest and a kid’s pizza-making contest. This year’s fest will also feature a tribute to Joe Bartolotta.

Then we look at Chicago’s misguided stab at a supper club: St. Clair Supper Club, which charges an exorbitant amount for a fish fry ($44). But beyond the price, the menu has some nice nods to traditional Wisconsin supper club staples.

Tony’s Pizza is coming to Mitchell Street (604 W. Historic Mitchell St.), which promises pizza with a Latin touch. Expect ingredients like beans, cilantro and habanero peppers, as well as traditional pizzas, and hamburgers. It’s aiming for an early August opening.

And finally, an intimate new bar called Charles E. Fromage has opened in Washington Heights at 5811 W. Vliet St. The menu features snacks like olive salad and five-cheese spread, as well as a variety of Wisconsin beers and a rotating wine list. There will also be locally made sodas.