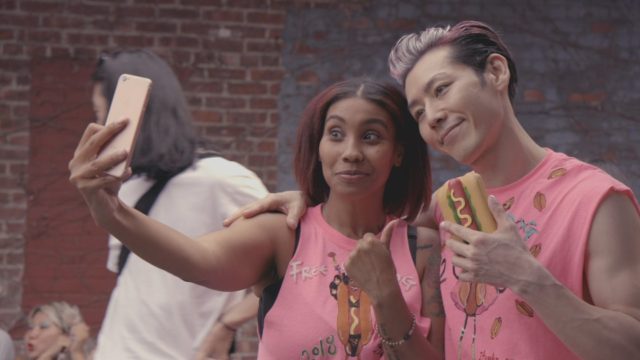 On this week’s episode, we’re previewing the Milwaukee Film Festival’s “Film Feasts” series and sharing some big news about Snack Boys. Read about it and stream the episode below.

The Milwaukee Film Festival is one of the fastest growing festivals in the country, and this month it announced the lineup for its Film Feasts series, featuring six films with a culinary focus. Most are documentaries. Ann runs down the highlights, including “Ave,” a film about a 12-year-old with both Jewish and Palestinian grandparents. He tries to bring them together through a fusion dinner. It’s a coming of age tale, and the kid is played by Noah Schnapp, or “Stranger Things.”

Another highlight is “Eat Up,” which looks at Boston’s attempt to create a better school lunch program. And then there’s “The Good, The Bad, The Hungry,” a crowdpleaser about competitive eating, including one of the most famous competitive food eaters of all time: Takeru Kobayashi.

We share some big news about Snack Boys, located in Walker’s Point. It’s moving to the East Side, into the former Hotel Foster space. It’s a bigger space for the bar and restaurant, and another score for North Avenue, which has seen considerable development lately.

The Deer District continues to grow as well. Uncle Buck’s and Red Star, two ew bar/restaurants, will open to the public this weekend.

And we have some happy news to share about Brunch: It is reopening after flooding. It has relocated to 714 N. Milwaukee Street, and will host some Grand Opening celebrations later this month. And finally, we preview an Armenian dinner that Sanford is hosting.