Inspired by their hometown, Milwaukee creatives take on the world

Inspired by their hometown, Milwaukee creatives take on the world 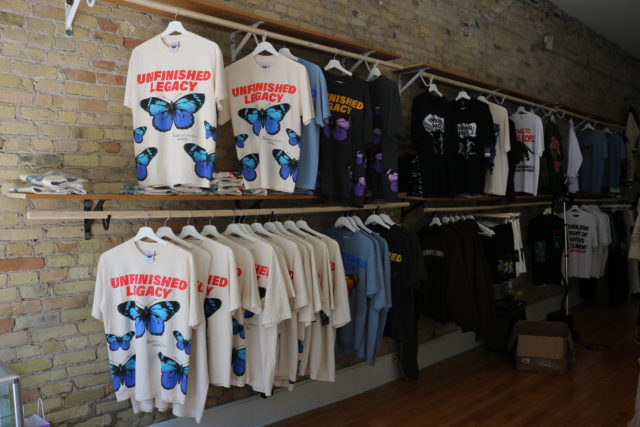 What does it mean to be creative? Its most common use is as an adjective, but it’s also used as a noun, almost as though an individual has embodied this trait so entirely that it becomes who they are. In this week’s “Uniquely Milwaukee” episode, we spoke to some of those individuals to spotlight local innovative talents — Milwaukeeans in the creative industry who are changing the perception of our city.

That term also has some power behind it. When you’re a creative, you’re not just an artist; you’re a leader. You have influence and — most importantly — make a difference in your community. You make an impact.

Founder and Creative Director Brema cultivated a brand that has made a name for itself. It was recognized by Vogue magazine, made a huge leap by going to Los Angeles for expansion and spun a viral photo into a high-profile collaboration with all-American denim brand Levi’s.

This week, the minds behind Unfinished Legacy celebrated their roots with a homecoming pop-up and spoke with our very own Element Everest-Blanks, HYFIN on-air host and brand ambassador, for a detailed interview.

But fashion isn’t the only way Milwaukee creatives put themselves — and the city — on the map. Social media has proven to be a powerful tool many artists use to expose people to their work and build a following.

Milwaukee-based video creator Bryce Van Landon, who goes by Cinema Bryce, has perfected his craft: creating cinematic videos of Milwaukee. I would describe his content as the opening credits to an indie film that turns the ordinary into the extraordinary. He has nearly 30,000 followers, with videos reaching up to 200,000 views.

Listen to the full episode of “Uniquely Milwaukee” to learn more about these creatives, how they navigated their success and the undeniable brilliance Milwaukee has to offer.