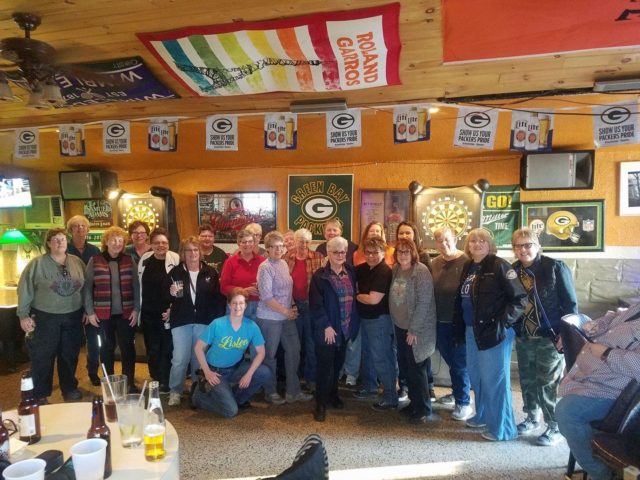 This episode of “Be Seen” is dedicated to the women who shaped Wisconsin’s queer culture and spaces.

While hundreds of LGBTQ bars have closed over the decades, Milwaukee has been fortunate to be home to numerous, beloved, vibrant women’s bars over the years, dating back to the 1950s, including:

Speaking of the clientele of Wildwood, Josie Carter, the gender nonconforming queen who led Wisconin’s first LGBTQ uprising, said, “The women at the Wildwood were huge, mean old Amazons. They were the original bull dykes. They’d fight truck drivers in the street outside the bar. They’d ask, ‘Is this man bothering you?’ And if he was, they’d throw him, literally pick him and throw him, out the front door.”

Another Wisconsin LGBTQ History Project contributor remembers, “My date and I kept getting cat called by an old drunk man at the bar. One of the regulars said, ‘knock it off or you’ll be sorry.’ He asked her, ‘Yeah? What are you going to do?’ So this woman goes into the bathroom, returns with the ceramic toilet tank cover, and smashes it over his head.  And then she said, ‘who’s sorry now?’”

“This sets a tone for exactly how rough and dangerous womens bars were before liberation,” said “Be Seen” co-host Michail Takach.

Listen to this week’s show above, and be sure to check back for our last two episodes coming out this month. On June 20, we’re chatting with George Schneider, co-owner of This is It, Wisconsin’s longest running and oldest gay bar. Then on June 27, we’re closing out season one of “Be Seen” with a conversation with two leaders of vital organizations in Wisconsin’s response HIV/AIDS in the early 1980s.