Direct Hit! Turns up the volume on 414 Live

Direct Hit! Turns up the volume on 414 Live 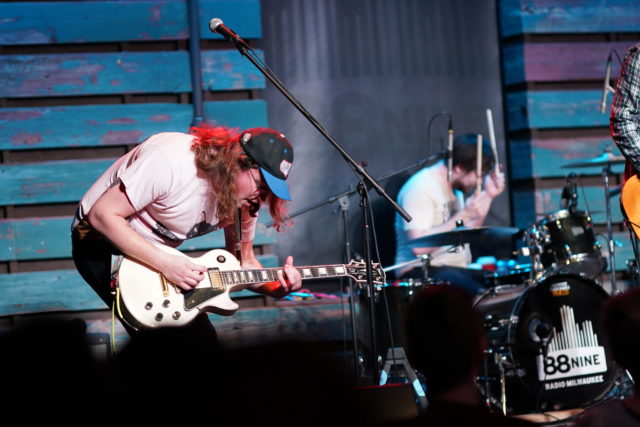 Direct Hit! turned up the volume from start to finish at our Walker’s Point Studios for 414 Live. After a long year of touring, the opening of their venue X-ray Arcade and the release of “Crown of Nothing,” we were able to get the group in the studio after a successful, jam-packed year.

The band discussed their humble beginnings, how they got a record deal with Fat Wreck Chords and their many road stories per their extensive touring history doing runs like “the entire country in one trip.” They’ve had many fruitful experiences on tour including parting the seas of screaming 13-year-old girls for another band to load their gear, getting booked by a homeless man who just happened to be near the phone when they called, and getting locked in a squat in Italy for accommodation and fed food from the dumpster. “I love touring, it’s the coolest thing ever.”

The group also opened a new venue here in Milwaukee, X-Ray Arcade as a way to give back to the community. “We wanted to bring the experience of our favorite places to play while on tour home.”

This was Direct Hit!’s first ever performance with Radio Milwaukee and we are fortunate enough to get them before they release new music. “We have about a half an album of new stuff” and they discussed keeping it in the state.”Wizard Quest, that’s where we are going to record it in…definitely somewhere in Wisconsin.”