Negative/Positive take a sentimental turn on ‘Space Smells like Lilacs’

Negative/Positive take a sentimental turn on ‘Space Smells like Lilacs’ 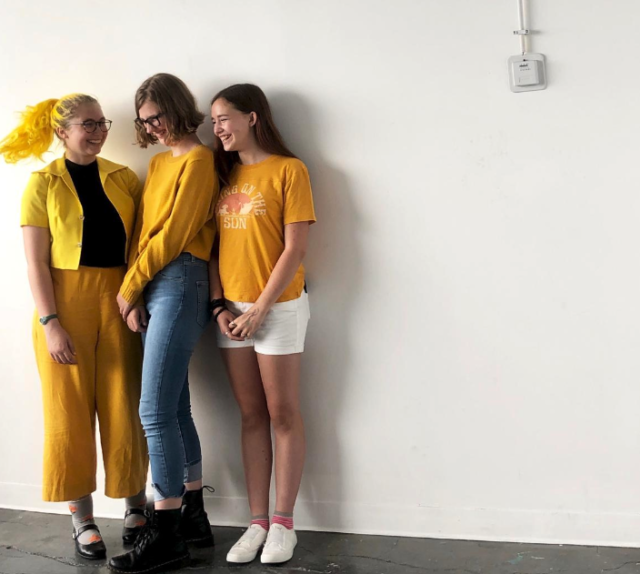 For today’s premiere, we’ve got the latest from Milwaukee favorite teen trio, Negative/Positive. Stream and read about the group’s latest single “Space Smells Like Lilacs” below, ahead of its music video later this month.

Growing up is hard enough for anybody, but it was always going to be pose a unique challenge for Negative/Positive, the Girls Rock MKE alums who will, to some degree, always be remembered as the city’s most overachieving pre-teens. They’re teenagers now, old enough that the novelty of their youth has began to fade and leaving their music to stand on its own. But so far that hasn’t been a problem for the trio, whose songs about the foibles of tweendom have gradually given way to meatier reflections on the heartbreaks of young adulthood.

Maturity suits them just fine, as they demonstrate on their new ballad “Space Smells Like Lilacs,” which showcases singer/guitarist Ava Gessner’s growth as a singer and a lyricist. “You don’t have to feel like pain is your constant/Because we’ve got something beautiful going in Wisconsin,” she sings, before building to an impassioned bellow. She sounds, as always, wise beyond her years.

The song, “Space Smells Like Lilacs,” is about the kind of connection you have with someone that makes you feel like you have a home within another person. However it’s also a narrative, telling the story about two girls who try to use their friendship as a way to escape their problems, when in reality it’s a way to face and recover from them.