You Should Know Caley Conway

You Should Know Caley Conway 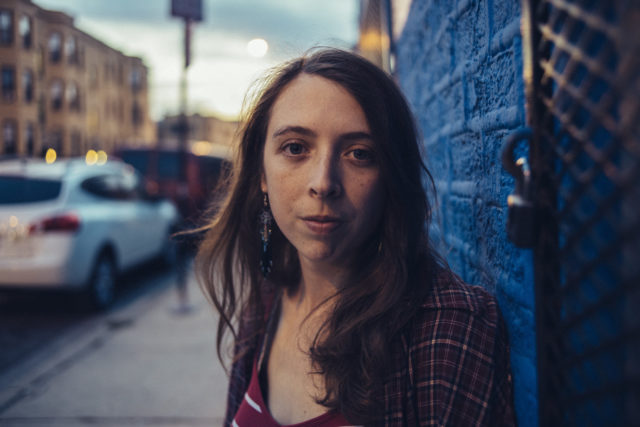 1. How did you get started playing music? When did you start writing your own original music?

I was always singing and dancing as a kid. It wasn’t a conscious decision to run off and start singing. I watched a lot of musicals with my sisters and singing along to “Grease” tapes and making up choreographed dances and my sisters and I were also Irish dancers. My mom got us into piano lessons at a really young age. I was reading piano music for as long as I was reading regular words. Not that my piano/sight-reading skills speak to that today. I try not to dwell on it because there are other ways to express your skill musically than reading notes.

I started playing guitar when I was 12 or 13 because my dad and mom both play. My dad is left-handed so he taught me on my mom’s old nylon-stringed guitar from when she was 12. He taught me basic chords and riffs and that’s what I stuck with. It never occurred to me that I would be writing my own songs until college.

I feel like college is when a lot of musicians start writing original music, I wonder why that is…

It could be hormonal because of the certain age that you are. It could be a phase of experimentation…

When I started, writing was in correlation with my drug experimentation. I think you’re more willing to explore corners of your consciousness that maybe you didn’t even realize was inside you. You’re exposed to new people and you’re freaking out in a lot of ways.

When I was in college, I was really lonely and using my guitar as my buddy, for comfort. I would do covers to keep myself entertained and it gradually morphed. Once I started doing it, it became something instantly gratifying, maybe therapeutic.

2. I was thinking about how I never saw a female musician perform shows when I was younger, I wonder if that affected me. If I saw women play and no men, would I have started playing in bands earlier?

I lose sleep over that. Thinking about those real youthful, formative years. Friends getting together and being terrible, but so excited about what they were doing. Playing with each other. If you do a consensus, a high majority of people encouraged to have that experience or who fell into it are definitely men. Meeting up in their parents’ basements or garages, playing really derivative and awful punk and metal, but whatever it was…

…it was an option. A lot of men I interview say they were encouraged by their parents at a young age.

That’s really interesting. When we’re that young, in middle school and stuff, you’re cool and you’re not a kid, but you are a kid in terms of instinct to play in your free time and play with one another. I really do feel like I missed out. Now, it’s not so playful anymore. It’s not getting together to play an imaginative game, we’re getting together to get something done.

Even if you boil it down to how many times I’ve been able to play guitar with someone else playing live drums with me, it’s not that much at all. Now that it’s my music and I’m accountable for everyone’s time, I don’t have people playing with me just to play. Part of that is definitely a choice. Maybe as a result of that gendered upbringing, I might even be hesitant to throw myself into an improvisational or playful scenario. It’s probably me holding myself back.

3. Argopelter is an improvisational group you performed with, how was that experience? Is that something you had done before?

Not really. That was something I was really nervous to do. Like I said, I do not have an improvisational background at all. I didn’t have experiences where I would just get together to make noise with people and certainly not in a performance setting.

At least when it is understood to be that loosely formatted, there’s no such thing as a wrong note. I’m pretty good at flying by the seat of my pants, turning mistakes and wrong notes into happy accidents. I feel like that’s just what I did. Those guys are so good at it, they can adapt to those kinds of moments.

That was a weird thing for me to do. People weren’t paying attention, but were clearly enjoying the vibes, which took a lot of the pressure off. Also, I have this thing right now were I feel like, again, women might not have had their improvisational voices amplified that much over our recent history, and so when they do get on stage and improvise, it’s going to sound different. I think it’s important that we don’t hear what they are coming up with and thinking, “That’s wrong,” or, “It’s not good.” Rather, it’s a certain version of good I think needs to be amplified. [Members of Argopelter] Devin [Drobka], Chris [Porterfield] and Barry [Clark] are really good about being super open to just the sounds and impulses that come out of the soul of the person they are playing with in the moment.

Is that what led you to joining Field Report?

That was before I was integrated into Field Report for sure. That’s when we were all friends, but Chris was revving up to ask me to join that Eaux Claires performance and seeing how I would gel. It might have been a soft audition, honestly.

From Field Report to finding her own broader audience

Caley Conway thought she had everything she ever wanted in music. People asked her to share the stage, audiences came to listen to her perform and clapped at the end.

2018 took the Milwaukee artist on a journey that included performing in a choir with Phoebe Bridgers and Julian Baker as well as joining Field Report as a guitarist and vocalist. Now with a new EP and a bank of demos for what’s next, Conway continues to expand into the unknown future.

Read below for an interview with Caley Conway, who is releasing her EP “Surrounded Middle” on April 18, 2019.

My mantra lately has been, 'It’s just a series of making decisions. It’s okay, there’s no such thing as a wrong decision. The only wrong decision is indecision.'

4. How has the Milwaukee music community been to you?

I’d say I’m very lucky, I’ve always felt very well received in Milwaukee. There’s a lot of loving energy around when I play and when friends come out. It may not be a huge thing, but there’s a few who devotedly follow my stuff and because of the love from them, it’s taken me a lot to motivate myself to even try to reach a broader audience.

I used to really believe I had everything I ever wanted in life and done everything I wanted to do and capped it at playing out in Milwaukee and people would sit there and listen to my songs and clap at the end. People would ask me to do shows, and that’s all I needed for a rich life. I was convinced the only thing I had left to do in life was become a white water rafting guide somewhere out West.

In that respect, Milwaukee has treated me really well. On the other hand, I don’t know. I’ve never lived in another city. But you do hear an awful lot of people say you really can’t make it here—there’s very little national recognition and not a lot of industry or infrastructure set up to advance artists’ careers. Are there management companies operating out of Milwaukee contracting with Milwaukee talent? Are there booking agents?

After the EP I’m doing a single at Honeytone Studio in Neenah. That will probably be the next release on the horizon. I’m really excited to experiment with releasing a single or the sake of releasing a single format. Operating a little more collaboratively in a studio with producers.

Beyond that, I have a full album written that hopefully will be my next album. And I’ve started to demo that out and come up with production ideas. It’s cool, but the lag time it takes trying to get the right amount of exposure to the project that’s chronologically relevant is a big lag. I’m trying to learn the discipline to tighten that lag up a bit more. I’ve already started playing out some of the super duper new songs and I can feel this cycle starting to repeat again. I’m going to try to set up a few tours around this EP, “Surrounded Middle,” and be performing over summer with a full band of that material to get people roped in and engaged with it.

It’s hard. It’s only me. No one is asking me to do any of the stuff I’m doing. I don’t thrive in that position, I thrive more as someone else’s assistant. I think that accounts for the lag as well. My mantra lately has been, “It’s just a series of making decisions. It’s okay, there’s no such thing as a wrong decision. The only wrong decision is indecision.” I’ve been meditating on the overlooked concept of making a decision.

Listen to the premiere of “As Long As It’s A Secret” by Caley Conway, from her upcoming EP “Surrounded Middle” here.