David Byrne is coming to Milwaukee!

David Byrne is coming to Milwaukee! 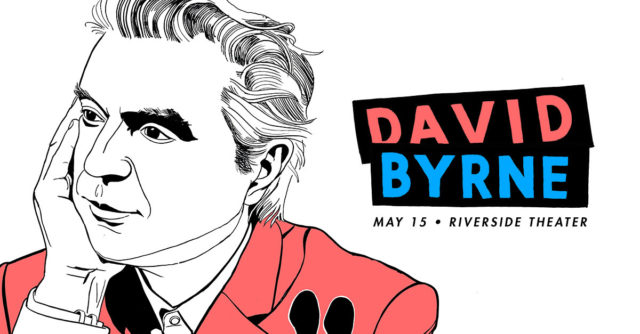 David Byrne released the first single from his forthcoming album, “American Utopia” earlier this month. “Everybody’s Coming to My House” reminds us a lot of classic Talking Heads.

You can see a performance of that song and more from “American Utopia” this May at the Riverside Theater. There will also be favorites from Talking Heads and other solo works. A twelve-piece band will also join David on stage for a choreographed concert that Byrne has called, “the most ambitious show I’ve done since the shows that were filmed for ‘Stop Making Sense.’” That’s saying a lot if you’ve been to any of the Milwaukee Film Fest “Stop Making Sense” dance parties!

As a bonus, every ticket purchased online for David Byrne includes a CD of the new album! Purchasers will receive instructions via email on how to redeem the album shortly after ticket purchase.

Tickets for the Milwaukee performance can be purchased this Friday, January 19 @10:00AM (set a reminder, they will likely go fast!): http://pabsttheater.org/event/davidbyrne2018

David Byrne’s new album, “American Utopia” will be out March 9 via Todomundo/Nonesuch.