IshDARR calls Milwaukee his baby in a Billboard Magazine interview

IshDARR calls Milwaukee his baby in a Billboard Magazine interview 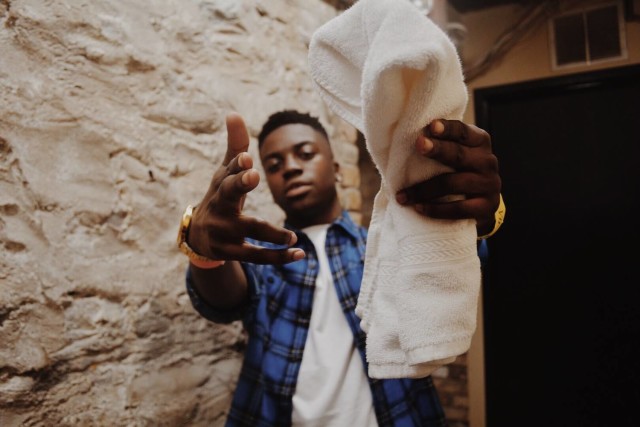 Milwaukee’s IshDARR is one of the city’s rising stars.  In an interview with Billboard Magazine, IshDARR shares his love of Milwaukee, his upcoming role in the movie, “White Boy Rick” alongside Matthew McConaughey, his new video shot in the Bucks arena and more.

In the interview, IshDARR was asked about how he felt becoming the face of Milwaukee and this is how he responded:

For one, I think it’s just giving everyone in the city that initial hope and that there’s more to Milwaukee than what a lot of my friends are used to and what a lot of people see. So doing things like this, is drastic for the city.

Everybody is looking like, “Yo. The wheels are turning.” We got the Milwaukee Bucks heating up. We made the playoffs this year. Music-wise, people are coming to respect the grind more and respect the music as a whole. [It’s] not even [about being] the face — because that’s gonna come long-term — but more so be the voice for now for the youth. I’m in a mode where I’m like, “Let’s turn up now and be the voice for the whole city.” That’s just more time, more actions and keeping the ball rolling. I got some more things planned for the city. It’s all about keeping things in motion. Nothing is getting stagnant. I feel like with that, the city is appreciating and knowing that this cat is doing something inspiring. Milwaukee is my baby.

Read the entire interview here and check out his latest video for the song, “Dumb Playing”