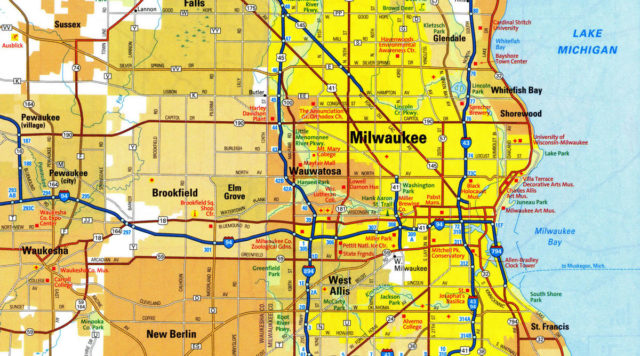 It seems like everyone and their mother is on a streaming service like Spotify, Apple Music or Pandora. When you think about it, it is kind of amazing to have so many songs at your fingertips. One thing that these streaming services have is the ability to collect data on our listening habits.

Spotify created an interactive data map that reveals a playlist of the most popular songs in a city. For each city on the map, there is a link to a Spotify playlist featuring the top 100 songs for that particular city. I decided to check out what music Milwaukee is loving right now.

The Milwaukee playlist revealed that the city loves hip hop and country music (at least according to Spotify). There were only a few indie and alternative bands like The Lumineers, Sylvan Esso, Bleachers, The Head and The Heart and Cold War Kids. Milwaukee’s IshDarr appears in the playlist three times. His song “Too Bad” is ranked #2 , “Sugar” is ranked #4 and “Locals” is ranked #13.

Check out the map and the Spotify playlist below.