Summerfest announces the first two acts for their 50th anniversary

Summerfest announces the first two acts for their 50th anniversary 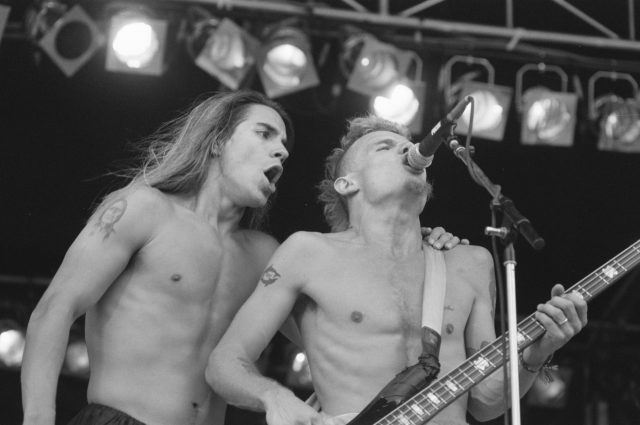 It might be early to start thinking about summer music festivals, but Summerfest doesn’t think so.  Mainly because they are planning for their 5oth anniversary next year. Today, Summerfest announces the first two headliners to perform at the Big Gig’s 50th anniversary.

On opening day (June 28), Red Hot Chili Peppers will perform at the Marcus Amphitheater. Then on July 2, pop icon P!nk will take the stage at the amphitheater.

One of the most successful acts in rock history, Red Hot Chili Peppers, which is singer Anthony Kiedis, bassist Flea, drummer Chad Smith, and guitarist Josh Klinghoffer, have sold more than 60 million albums, including five multi-platinum LPs, and won six Grammy Awards, including “Best Rock Album” for Stadium Arcadium, “Best Rock Performance By a Duo or Group” for “Dani California,” “Best Rock Song” for “Scar Tissue,” and “Best Hard Rock Performance With Vocal” for “Give It Away.”  The band was inducted into the Rock and Roll Hall of Fame in April 2012. The Red Hot Chili Peppers’ last studio album, The Getaway, was released by Warner Bros. Records on June 17, 2016.

Since her debut in 2000, P!nk (Alecia Moore) has released seven records, sold over 60 million albums, over 130 million singles, over 2.4 million DVDs worldwide and has had 14 singles in the top 10 on the Billboard Hot 100 chart (four at #1). In addition, she is the recipient of three GRAMMY® Awards, three Billboard Music Awards, six MTV Video Music Awards, two MTV Europe Awards, two People’s Choice Awards and was named Billboard’s “Woman of the Year” in 2013.  Her The Truth About Love World Tour played 142 shows in 13 countries. P!nk’s latest duet with country singer Kenny Chesney, “Setting the World on Fire,” reached #1 on the Billboard Top Country Songs chart.  The July 2 show at the Marcus Amphitheater marks a big return to the concert stage for P!nk, as it will be her first North American concert date since 2014.

The 50th edition of Summerfest in 2017 will celebrate the distinctive history of one of the longest running music festivals in the world.  With deep roots in the local community, an unmatched list of iconic artists who make up its history and a world-class festival venue, Summerfest 2017 promises to blend the festival’s unique past with a blockbuster line-up and special events honoring 50 years of music, food and fun.  Festival fans should visit Summerfest.com and social media channels to view past photos and read stories from the past.  In anticipation of this milestone event, fans are also invited to visit the Summerfest Store to purchase commemorative tickets and special offers, which include: