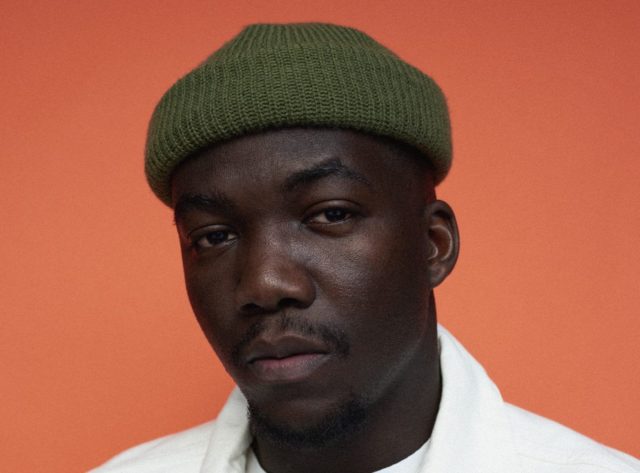 With music from Aldous Harding, 21 Savage, Omar Apollo and more

1. Jacob Banks picks “Before You Wake Up” by Adekunle Gold

Justin Barney: Jacob, what is the last song you couldn’t stop listening to?

Jacob Banks: The last song I couldn’t stop listening to is by an artist – it’s an Afrobeat artist Adekunle Gold and it’s called “Before You Wake Up.” I only heard it a couple days ago and I’ve listened to it every day since.

Justin Barney: Do you look to world music a lot?

Jacob Banks: Yeah yeah, I love Afrobeat in general. I think it’s one of the only genres that’s always reinventing itself, I think everything else has kinda been around so long, it’s hard to find new ways to tell old stories. But Afrobeats is still young and vibrant and every couple of months it takes a new shape, a new sound, a new face. At this point in my life, I kind of listen to music to learn from it, so Afrobeats teaches me a lot as a musician.

Justin Barney: How is this song taking Afrobeat to the next level?

Jacob Banks: It brings it into a really ‘pop’ world. The song has an intention of being pop but it doesn’t feel like pop because it’s not pop in the culture. It’s really clever how something so rural can take from pop culture as well.

Song two this week is my pick. One song I can’t stop listening to is “The Barrel” by Aldous Harding.

There’s something off-kilter about Aldous Harding, there’s a weirdness there. Maybe it’s because I’ve seen the music video for this song where she just looks into the camera like she knows something we don’t know. And she moves her body in the strangest way, maintaining eye contact the whole time.

I think maybe that’s it.

Maybe she does know something we don’t know. I think she does, and I want to figure out what that thing is. Maybe, if I keep listening to this song I’ll figure it out. Maybe we’ll find it. 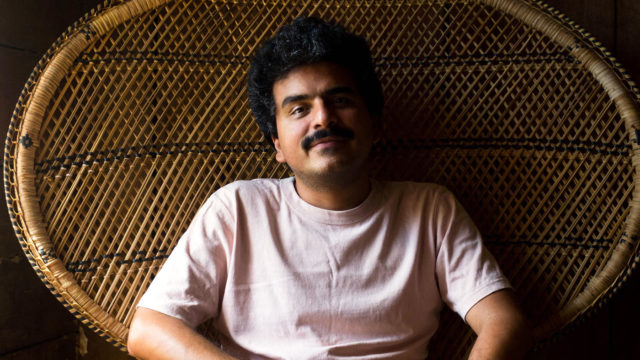 Our guest today is Helado Negro. Helado Negro is a favorite of this segment, I love him. He just had an album come out, the album is called “This Is How You Smile” and it was released last Friday. Of all the albums that have been released this year, I have listened to this album more than any other album released this year. Helado Negro is a vibe for sure, and it’s so beautiful and tranquil, I just love the album. I got to catch up with Helado Negro, whose name is Roberto Carlos Lange, when he performed before Beirut a few weeks ago here in Milwaukee. I got to catch up with him before the show and this is the conversation we had. My guest today is Roberto Carlos Lange, aka Helado Negro.

Justin Barney: Roberto, what is the last song you couldn’t stop listening to?

Helado Negro: The last song I haven’t been able to stop listening to is a song by Caetano Veloso’s son, his name is Zeca Veloso and it’s called “Todo Homem.” And it’s on an album where him, Caetano, and his sons are all featured and they all write and perform and I actually think they’re on tour in the US right now performing  and it’s a live recording of the show. And it’s really beautiful and a magnificent song and straddles those ideas that I really dig which are these universal feelings of caring about people and humans. Yeah, it’s nice.

Justin Barney: Right on. What’s the name of the song?

Helado Negro: The name of the song is “Todo Homem” it’s Brazilian-Portuguese by Zeca Veloso.

Tyrone Miller: One song I can not stop listening to right now is 21 Savage featuring J Cole, “A Lot.”

Justin Barney: Not a fan!

Tyrone Miller: Interesting take! Why not, why are you not a fan? I’m turning the interview back on you sir!

Justin Barney: I feel like there’s always… it’s like the Kobe vs Lebron thing. It’s like, you gotta be on one side. And with J Cole it’s like J Cole or Kendrick Lamar. I don’t know why they’re always paired up against each other but i’m always like, “I’m on Team Kendrick… J Cole… meh”

Tyrone Miller: It’s interesting that you mention basketball, because to me J Cole is the Tim Duncan of rap.

Tyrone Miller: But like for me I’m not the biggest… like I do love J Cole, but I understand it’s not crazy like I have kind of a love-hate with J Cole, but this song “A Lot” man, like I’m the same way with 21 Savage, I wasn’t a big fan but I think with the sample, this old school soul sample that it has, and just the message, and with all the legal troubles 21 Savage has gone through that were all BS, I think it just was a great combination it was like the perfect time and the perfect pairing. And then you know J Cole performed it at the halftime of the All-Star Game, so it all comes back to basketball man!

Justin Barney: It always does!

Tyrone Miller: The song is “A Lot” from J Cole and 21 Savage

I love it when musicians are real playful in their vocal deliveries, like, “We’re having fun! We’re here to having fun right?” Omar Apollo has this kind of glimmer in his eye behind the mic that you can almost see, he kind of does that vocal delivery that Prince has – you can see that sparkle in his eye.

And to boot this song also has a bunch of real sharp left and right-hand turns that you never know where it’s going, so it’s kind of best to let Omar just take the wheel here, and enjoy the ride.