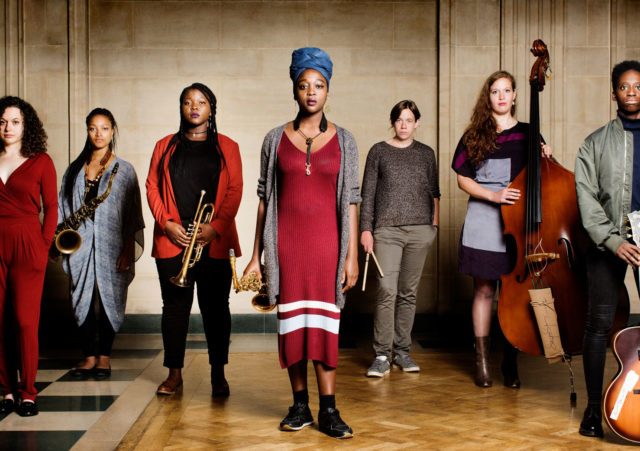 In this episode of Rhythm Lab Radio, we highlighted some of our favorite jazz songs of 2019. These songs pushed the boundaries of jazz by incorporating other styles of music from hip-hop to Afrobeat to electronic music to soul.

It has been an exciting year for jazz. A new generation of musicians and artists from the corners of the globe are pushing the genre into new territories like the amazing scenes in London and Chicago.

For example, the London-based sextet Nerija signed to the label Domino Records, who is best known for releasing records from artists like Animal Collective, Blood Orange, Cat Power, and Middle Kids. The group put out the genre-defying debut album “Blume” back in August. The album exemplified this new era of jazz coming out of London with its ability to merge the sounds of afrobeat and hip-hop effortlessly and invite a new generation of fans into the fold.

In addition to Nerija, a multitude of other London artists dominated our best of 2019 including the high-energy and electronic-infused The Comet Is Coming. They made jazz for the dance clubs. Tracks like “Summon The Fire ” and “Timewave Zero” are club bangers just as much as they are amazing jazz cuts.

Then stateside, Chicago is carrying the torch thanks to the label International Anthem that released “The Oracle” from future legend Angel Bat Dawid, who embodies the spirit of Sun Ra. Then there is the multi-talented Damon Locks Black Monument Ensemble. Their song “The Colors That You Bring” gives me goosebumps.

Check out the full show and tracklisting below.