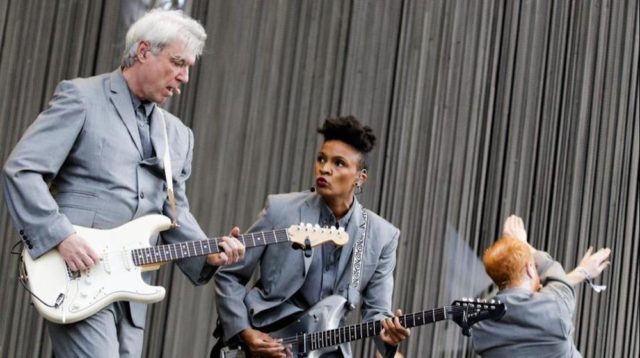 The Grammy Awards will air this Sunday night at 7 p.m. on CBS, and quite a few Wisconsinites are among those up for awards. The most notable, of course, is probably Bon Iver’s Justin Vernon, who is up for Best Pop Duo Performance for his duet with Taylor Swift, “Exile.” That song may be a front runner in its category.

But Vernon isn’t the only one. There are a total of eight artists or organizations from Wisconsin up for Golden Gramophones this year, including Milwaukee producer Michael Cerda (AKA CameOne), who has a credit on Kanye West’s track “On God.”

Milwaukee native Angie Swan is one of an ensemble of musicians up for a Grammy for their role in “American Utopia,” the David Byrne Broadway hit which recently was adapted into a Spike Lee film. And Appleton native Hillary Reynolds, a songwriter who wrote a track for Little Big Town, will be keeping her fingers crossed as that album vies for a Best Country Album Grammy.

We talk about those and the other nominations on this week’s episode, which you can stream below.