Chuck Klosterman on fictional nonfiction and writing for himself

Chuck Klosterman on fictional nonfiction and writing for himself 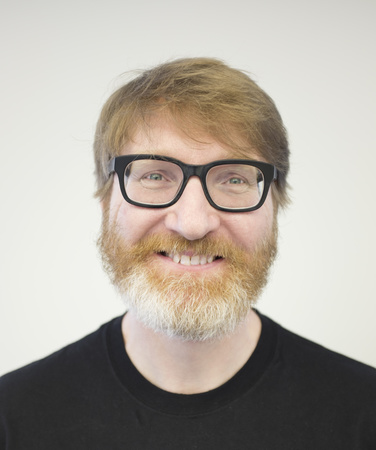 Bestselling author and cultural critic Chuck Klosterman blurs the line between fiction and nonfiction with his latest release, “Raised in Captivity.” Klosterman’s works include short stories, nonfiction books and novels in which he provides cultural commentary through the lenses of music, sports and popular ideologies. In addition to authoring 10 New York Times bestselling books, Klosterman was the ethicist for “The New York Times Magazine” for three years.

On Thursday, July 18, Boswell Book Company will host Klosterman in conversation with Doug Gordon, host of Wisconsin Public Radio’s “BETA,” at The Back Room at Colectivo. Ahead of that appearance, Klosterman spoke with Radio Milwaukee about the book and his writing and reading habits.

What is it like the week before the book comes out? Are you nervous?

I am a little bit, but things have definitely changed over the 20 something years I’ve done this. When you start writing you’re writing for yourself. If somebody else likes it, it’s satisfying, edifying and flattering. But then your career moves forward and it seems as though other people dictate how you feel about your own words. You start thinking about how well it does, what the reviews are like and how it positions you in culture. I’ve moved through that. It’s almost all the way around again, where it doesn’t feel like I’m doing this work for people outside of myself. I’m still hoping other people like it, but I’m not conscious of it the way I used to be. I’m not sure why that happened, but it has, and it’s odd. If I wasn’t doing these interviews, and press and getting ready to go on this tour, I’d barely be thinking about the book. I’m already starting on the next book. I’m not sure why or when this changed for me, but I feel good about this book- better than I usually do- and yet I’m thinking about it way less. Maybe those things are connected.

What you are describing must be similar to how musicians feel about releasing albums. I would imagine that you have been predisposed to what they’re going through, and doing the same thing by releasing books.

Well, it is. Musicians have the extra complexity where their infrastructure in the industry has collapsed. Now, if you’re a musician, your primary way of making money is touring. I think you might be more satisfied by your work because you’re constantly working toward the live experience of performance. The idea of what you put on a record can be more personal in a way. I mean, the stakes are slightly lower. Aside from the 12 or 15 super elite pop stars, the expectation of any record has kind of microscoped down to your hardcore fan base. And in a way, that’s how it has always been for books. If this book sells 50,000 copies, I’ve done great. I don’t have to look at it the way, you know, Adele would look at a record and be like, well, 2 million is a failure. That’s not how it is. I don’t have to think about a broad audience. I only have to think about the people who are predisposed to be interested in the kind of stuff I do.

Are you still pushed by their expectations?

I don’t know what their expectations are because you write in degree of solitude and isolation. I see the people who come to book readings. They tend to be the people who are most engaged with the work, but that’s still just a sliver of the people who buy it. The one thing that I have learned, and I think I learned this real early on, is that there are certain things that audiences are unusually sophisticated about. One of those things is a very keen awareness about whether an artist is attempting to pander to them, and somehow trick them into liking something based on who they already are. People don’t know what they want until they get it. There’s no use in trying to anticipate that. There’s no value in trying to generate something that will be successful or appreciated. You can only do what you want to do. You just have to hope that your perception of the world isn’t that far removed from people who aren’t you.

Who is your audience when you are writing?

I think in a way, you’re always writing for a version of yourself from five years ago. You can’t learn something from your own work. I can’t write something that I didn’t think of before. I can’t read something that I typed and say I never thought of that. I can only generate stories or articles or essays or ideas about things that I have considered, and considered long enough to write meaningfully about. By the time you finally go from having the idea, to being able to unravel it, it’s almost like it’s a ball of yarn in your mind. You pull it out and straighten it- and then five years have passed! Now what you’re doing is putting something together that would have been really significant for that part of you five years ago. I was 27 when I wrote “Fargo Rock City.” But that was the book I dreamed of finding when I was 22. It just didn’t exist yet.

So what does that say about “Raised in Captivity?” Is it reflective of you and what you were looking for five years ago?

Well, anytime I had an idea for a story or a piece of dialogue or whatever, I put it into my phone and ended up with hundreds of ideas. Then I took these one sentence ideas and tried to see if I could convert them into very short pieces of fiction that would feel like reading nonfiction. So if you’re somebody who reads a lot of conventional short form fiction, these stories might not seem like what you’re used to. Maybe five years ago I realized that I missed reading fiction, which I did a lot when I was young. I found it very enriching and a way to learn about the world, but I did not like the direction in which fiction writing had gone, maybe because I’ve changed or matured or maybe the internet changed the way my mind works. So I was wondering how I could do fiction in a way that I enjoy, and that’s what I did. Maybe that’s how I was thinking five years ago.

What were you reading at that time? Was there fiction that you read that was what you were looking for?

No, I was reading nonfiction. I’ve read George Saunders’ short story collection. That was great. He really writes a lot about kindness and self directed moral complexity. But that’s not really what I do. My stories aren’t like that. My stories are more like “The Twilight Zone,” or “Black Mirror” or something where the idea is the story. I’m not criticizing other writers because they’re different than me, but I’m saying I didn’t see what I wanted to read. Maybe I wouldn’t have written this if I had.

Maybe the single biggest difference is that a lot of times fiction requires this degree of unpacking the density of the sentences. Part of the thing you’re supposed to appreciate is what is sort of hidden from the text. And while these stories have a lot of subtext, the stories themselves are delivered in what I hope is almost a hyper-clear way. The ideas in this book, I suppose they’re pretty adult, but the text could be read by a relatively young person. The thing that I put the most emphasis on during the editing process is making stories lucid. You don’t know why these things are happening, but you know what’s happening.

I suppose that it helps to have written a lot of journalism in your life.

Yes, I think I still think about all writing like a journalist.

Have you ever read Karl Ove Knausgaard’s “My Struggle?”

Yes. I’ve read those books. He’s a great writer. That piece is where he’s writing nonfiction as a novel. I think it might even be filed in the fiction section of some bookstores. My work could almost be seen as the opposite- hopefully not the opposite in that his work is good and mine is terrible- but philosophically. These are clearly fictional stories. Anybody who reads this will realize that most of the time the things that happened in the story are beyond the realm of possibility. But the style is the construction of nonfiction, whereas his book, or basically his life story, is told as if he was a character in a novel that’s never existed until now.