Tickets for Hamilton in Chicago will go on sale June 21

Tickets for Hamilton in Chicago will go on sale June 21 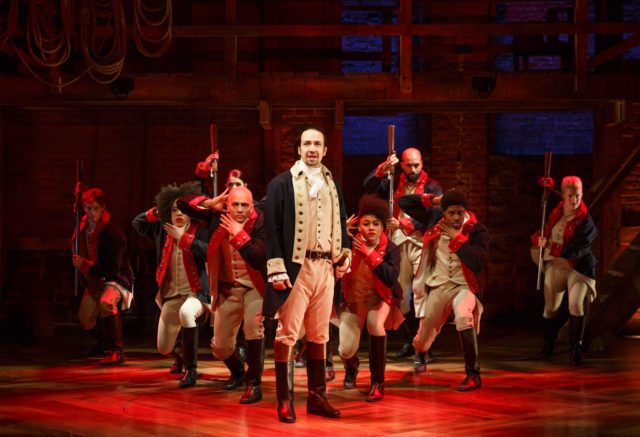 Getting Hamilton tickets on Broadway is about as hard as getting season tickets for the Green Bay Packers. That might change when Hamilton comes to Chicago this Fall. Recently, Hamilton was awarded 11 Tony awards including Best Musical and Best Original Score.

The Tony Award-winning musical will begin a six-month run on September 27 at the PrivateBank (now Bank of America) Theatre. Single tickets for the Chicago run will go on sale June 21. You can get tickets at The PrivateBank Theatre’s box office (18 W. Monroe St.), the Broadway in Chicago Ticket Line (1-800-775-2000) and online at BroadwayInChicago.com.  A maximum of 6 tickets will be allowed per household. Prices for Hamilton tickets range from $65-$180.

On each day of the show, there will be a drawing fro 44 seats priced at $10 in the first two rows and boxes of the theatre ( a few exceptions will apply).

Check out our story on Hamilton here.

As part of UWM School of Continuing Education, one can enjoy lunch in Chicago and see Hamilton on Nov. 16.

Take a motor-coach to Chicago, where you’ll enjoy lunch at the Macy’s Walnut Room and a short walk to see Hamilton the Musical at The Private Bank Theatre. Hamilton is the story of America’s founding father Alexander Hamilton, an immigrant from the West Indies who became George Washington’s right-hand man during the Revolutionary War and was the new nation’s first Treasury Secretary. Featuring a score that blends hip-hop, jazz, blues, rap, R&B, and Broadway, Hamilton is the story of America then, told by America now.