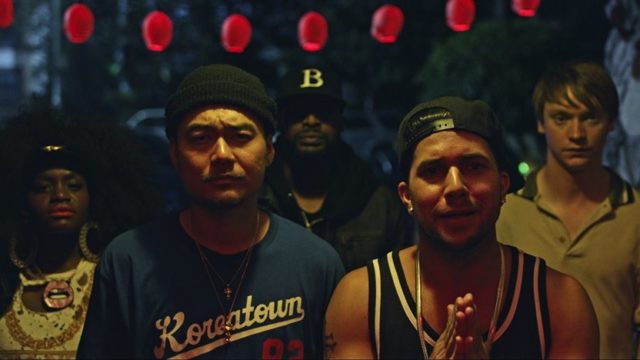 Synopsis: An adrenaline-fueled post-woke provocation, “Bodied” deep-dives into the world of battle rap, as a milquetoast white college student working on his thesis suddenly finds himself squaring up with the underground’s best. Though executive produced by Eminem, we’re as far from “8 Mile”‘s “mom’s spaghetti” as we can get; our contestants land savage verbal haymakers with no topic—be it race, gender, or sexuality—off-limits. Directed with relentless energy by prolific music video auteur Joseph Kahn, this is a searing cultural polemic perfect for fans of “Sorry to Bother You” and “Blindspotting.”

What to see at the Milwaukee Film Festival on Wednesday

Listen to our conversation and read more below to find out more about the film we’re choosing for October 31.