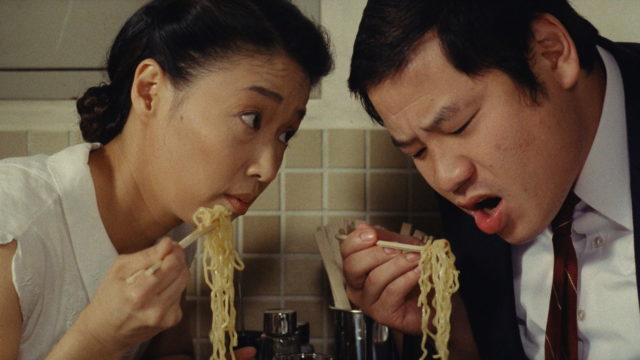 The Milwaukee Film Festival is little more than a month away. Last week, they announced the first nine films that will be screened at this year’s festival.

Today, they announced another round of nine films in honor of the festival’s ninth anniversary including films about a computer beating the world champion at the ancient game Go, the first ever ‘Ramen Western,’ chickens and more.

Think Kasparov vs. Deep Blue on steroids and you’ve got the story behind the engrossing documentary AlphaGo. The game: Go, an ancient board game played the world over, with nearly infinite complexity, The players: Lee Sedol, a South Korean Go player widely considered the world’s best facing the titular AlphaGo, an artificial intelligence developed by Google’s DeepMind whose modus operandi is to play the game beyond human capacity. What follows is a gripping battle of man versus machine, a cerebral competition unlike any in human history!

With her family’s Wisconsin-based farm in danger of foreclosure, 11-year-old Gitty finds herself immersed in a world both dark and fantastical. Surrounded by anxious, indecipherable adult conversations while having frequent visions of a horned being stalking the perimeter of her family’s land, Gitty discovers a man imprisoned in an abandoned silo on the outskirts, a man whose plea for help forces her to choose between family and morality. A feature debut told with uncommon verve and lush beauty, American Fable is an exercise in sustained visual wonder, a Midwestern answer to Pan’s Labyrinth.

Okwui Okpokwasili’s stunning one-woman theater show, Bronx Gothic, is a piece of performance art that must be seen to be believed. Fusing song, dance, drama, and comedy all in the service of telling the autobiographical tale of two young black girls in 1980s New York, the effect achieved is nothing short of mesmeric. Filmed with breathtaking immediacy and intimacy (much of the performance filmed as part of Milwaukee’s former Alverno Presents program) while also delving deep behind the scenes into the creative process, Bronx Gothic is art of the highest caliber.

I, Daniel Blake, the 2016 Palme d’Or winner from director Ken Loach (The Angels’ Share, MFF13) is a work of startling empathy and relevancy about the working class coming together as a community. It’s the story of one man’s struggle for dignity as he navigates byzantine British bureaucracy in an attempt to maintain welfare benefits as he recovers from a heart attack. As this old dog attempts to learn new tricks to get by (using computers and smartphones), he befriends a single mother and her two children on this gripping journey towards compassion.

David Huggins seems like an average elderly New Jerseyan at first glance. But his placid exterior hides an extraordinary truth: a tale of sex, love, and aliens all chronicled through a series of surreal autobiographical paintings. These portraits of David’s multiple abductions and the voluptuous alien he bedded work as art therapy for a man whose story the world largely ignores. A fascinating documentary that chronicles a born storyteller with non-judgmental intimacy, allowing the audience to determine whether or not Huggins’ truth is truly out there.

For nearly a century and a half, members of the Christchurch Poultry, Bantam and Pigeon Club have gathered in New Zealand to compete to determine whose prized chickens will be crowned the cock of the walk at the National Show, powering past whispers of fowl play. A quirky yet affectionate look at those who have become clucking obsessed, Pecking Order plays like a Christopher Guest film come to life, filled with colorful characters and their fine feathered friends, a true “chick flick” that the whole family can enjoy.

(USA / 2016 / Director: Jessie Auritt)
Program: Sportsball!
Naomi Kutin may seem like your typical Orthodox Jewish tween, stressing out over which dress to wear to her bat mitzvah while scrolling through her phone. But when Naomi steps into the arena of competitive powerlifting, look out! There she’s “Supergirl,” an elite talent capable of lifting three times her bodyweight, breaking world records since the age of 9. But with adolescence threatening to derail her athletic ambitions (including a serious health scare), Naomi will have to dig deep and discover inner strength that rivals her unparalleled physical ability.