New film illustrates the impact of a Milwaukee basketball league

New film illustrates the impact of a Milwaukee basketball league 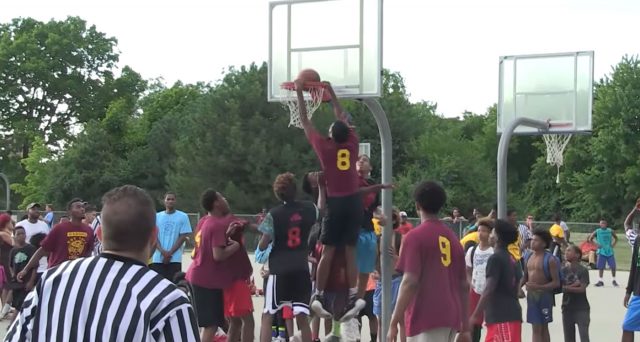 WARNING: The Basketball Documentary premieres at The Oriental Theatre on April 6

Milwaukee Public Schools and several partner groups including the Milwaukee Bucks recently started a new midnight basketball league aimed to help young men in the city on and off the court.  The idea of using basketball to help youth in the city is not new.   Milwaukee Magazine reported on a new documentary called “Warning: The Basketball Documentary.”

The film tells the story about the “WARNING” basketball league that began in Milwaukee in the 1970s that help produced hundreds of college and professional basketball players.  In 1974, Milwaukee Alderman Michael McGee Sr. started the league aimed to help less-fortunate kids stay off the streets and put them on a path to college.

“WARNING” is the nation’s 3rd longest running inner city basketball league behind only the Drew League in Los Angeles and Rucker’s in Harlem, New York.

The film highlights interviews with coaches, and players who played in the WARNING league.  Milwaukee Running Rebels will host a screening of this inspirational film at The Oriental Theatre on April 6 at 7:30 pm. Tickets cost $10. You can also check out more details about the documentary via the Milwaukee Courier.

Watch the trailer and check out the film poster below. 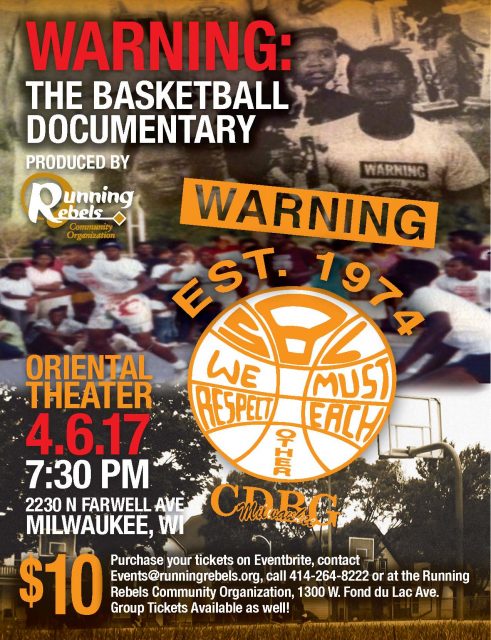