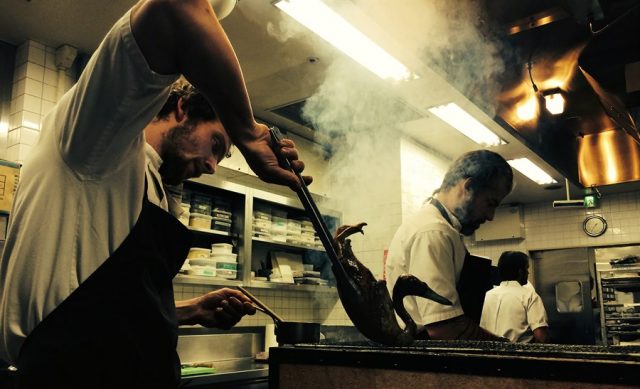 It is day eight of the Milwaukee Film Festival.  There are a lot of great films to see, but we have selected our top five picks for today.

See our picks below

The Violin Teacher (3:30pm at the Times Cinema)

An uplifting story of music and the human spirit. Talented concert violinist Laerte has the opportunity of a lifetime: an audition for São Paulo’s symphony orchestra. After blowing the audition, he pivots into teaching music to children—specifically, the children of Heliopolis, Brazil’s largest favela.

What happens when you recreate the world’s best restaurant from Copenhagen in Japan. The film is about chef René Redzepi (one of Time’s ‘100 Most Influential People’) and his staff creating a one-of-a-kind pop-up restaurant in Japan.  You’ll be hungry after this film.

Ants On A Shrimp (Official Trailer) from Pelle Asselbergs on Vimeo.

An amazing story about an amazing artist. If you want to know more, check out our interview with the lovely and talented Miss Sharon Jones.

The Smart Studios Story (9:15pm at The Oriental Theatre)

Love Nirvana, Garbage, The Smashing Pumpkins,  and Death Cab for Cutie, then this film is for you.  The film tells the story of the Madison studio where those bands recorded some of their best music.

An interracial couple (True Blood’s Nelsan Ellis as a jazz-loving novelist/ food critic and the always great Melanie Lynskey as a photographer/art professor with a newly acquired tenure-track position) moves across the country from Brooklyn to suburban Rome, WA, uprooting their preteen son from his comfortable existence and dropping him into the center of a “sea of white.” This tight-knit family struggles to adapt to their starkly different surroundings, striving to understand themselves and one another in this dramedy that “gently touches on issues of race, class and privilege.”