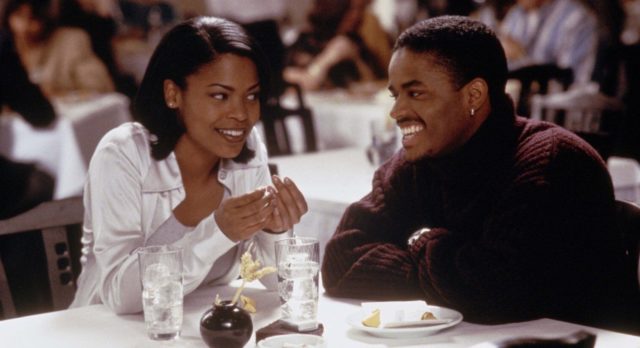 This is the first weekend of the 9th annual Milwaukee Film Festival. There are so many good films to see, but where to begin?    Below are my film picks for the weekend.

As part of the Film Feast series, Tampopo is a visual and culinary masterpiece. If you are the type to stumble into Red Light Ramen on a late weekend night to grab a  hot bowl of Tonkatsu ramen, then you will slurp this flick up.  Directed by Juzo Itami, Tampopo is considered the first ‘Ramen Western.’ The film tells tale of

The film tells the tale of a widow of a noodle shop owner and her quest to find the perfect ramen recipe. Tampopo is considered one of the best examples of food on film. If you ever have seen the 2008 film, ‘The Ramen Girl,” starring the late Brittany Murphy, you might see several references to Tampopo including an appearance from Tsutomu Yamazaki.

Milwaukee Film Festival Black Lens Program will celebrate the 25th anniversary of this classic, romantic comedy with not only a screening but a visit from one of its stars, Larenz Tate.

To be honest, I’m not a fan of romantic comedies aka ‘RomCom.’ However, Love Jones is more than just a funny love story.  When it was released 25 years ago, it showed African-American relationships in a new light.  At the time of its release, it was rare to see films like “Love Jones” that portrayed complex African-Amercian characters and stories.

Tell Them We Are Rising: The Story of Black Colleges & Universities

This documentary directed by award-winning filmmaker Stanely Nelson is very close to me.  I’m a graduate of Howard University, an HBCU.  I graduated in 1996 and my experience during that time, help make me the man I am today. If I went to a big state school, I truly believe I wouldn’t have accomplished the things I have done in my life. And to finally see the history of HBCUs and their impact on the screen is amazing and necessary, especially in these divided times.  And my Alama Mater will be celebrating its 150th anniversary this year.

Historically Black Colleges and Universities (HBCUs) have paved the way for over 150 years, allowing black intellectuals, revolutionaries, and artists alike a safe haven in which to pursue higher education and defy stereotypes among their peers in an unapologetically Black environment.

Music can turn a good film into a great film and that is the subject of the film, “Score: A Film Music Documentary.” The film takes an intimate look at the process behind some of the cinema’s most memorable scores like Star ars, Rocky, and others.