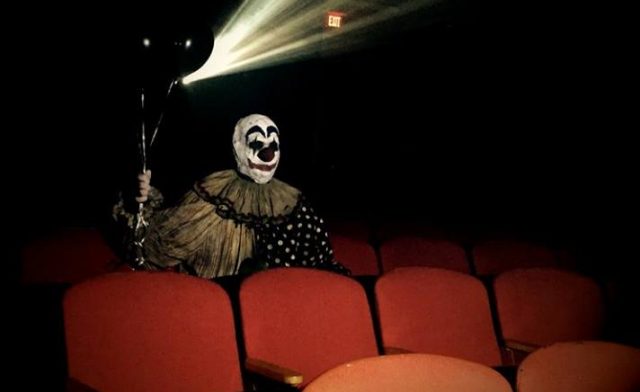 With the success of the film “Get Out,” there seems to be an increased interest in the horror film genre from a wider audience. Milwaukee’s Twisted Dreams Film Festival aims to satisfy fans’ hunger for this cinematic style with shorts and features from around the world.

From March 31 to April 2, the 2nd annual Twisted Dreams Film Festival will take place at the Underground Collaborative located in the lower level of the Shops of Grand Avenue. In addition to films from around the world, The festival will screen shorts from Wisconsin. There will also be an opening night party on March 31 at 42 Lounge beginning at 9 pm. There will all types of horror related films from documentaries to animation. You can purchase tickets and passes here.

Check out the schedule below.

6:30 pm – Twisted Wisconsin Shorts- A collection of some of the best genre shorts from around Wisconsin. Featuring everything from comedies, a documentary, thrillers, and creepy clowns. Hosted by Deadgar Winter and his Dead Girls. With many of the directors in attendance. Runtime – 120 minutes

Gags – Dir. Adam Krause – An unidentified individual has been dressing up like a clown and roaming the streets of Green Bay at night, capturing the attention of the entire city. Many write it off as a harmless prank, others aren’t so sure. But when a group of friends cross paths with the clown everyone calls Gags, his true intentions are revealed.

12 pm – Liquid Dreams: Not Your Father’s Saturday Morning Cartoons – A collection of animated films that will bring you to bizare worlds and deadly encounters. Runtime – 72 minutes

2 pm – Serial Killer Culture – Dir. John Borowski – A Documentary that examines the reasons why artists and collectors are fascinated by serialkillers. Through music, painting, filmmaking, writing, and collecting thirteen individuals are interviewed about creating art and searching for murderous artifacts. Immediately following we will have a panel discussion with director John Borowski and one of the subjects of the film Hart Fisher. Runtime – 110 minutes

7 pm – Welcome to Willits – Dir. Trevor Ryan – Based on the SXSW Award Winning Short Film this feature adaption is about a group of campers who get lost in the woods near Willits, California. There they encounter strange locals and tales of creatures roaming the woods. Are the stories true? And will they make it out alive? Runtime – 83 minutes

9:30 pm – Who’s Watching Oliver? – Dir. Richie Moore – Oliver is a mentally unstable loner lost in a life forced upon him. By Night Oliver wanders the streets and bars on what can only be described as a truly shocking and humiliating killing spree. His only savior and possible way out of a life he is desperate to escape comes in the form of the beautiful Sophia with her sweet eccentricity and naivety to the danger she has put herself in. Will Oliver escape his life? Will Sophia survive? And Who is Watching Oliver? Runtime – 87 minutes
Preceded by the Short Film Salt – Directed by Diego Freitas

Midnight – Another Yeti Life a Love Story: Life on the Street -Dir. Adam Deyoe and Eric Gosselin – Adam, a single father of a yeti baby, is dragged into the seedy underbelly of Los Angeles when his child is kidnapped by an Evil Pimp. Now, with the help of his two new friends, a heroin-addicted yeti prostitute and a sexy stripper, he must fight the forces of evil to save his baby and the world. Runtime – 76 minutes
Preceded by the Short Film Polterstache – Dir. by Nolan Lewis

Me, Baby, and the Alligator – Dir. Jean Faucher – A young couple lives in their old truck with a full sized alligator. When they stop to eat at a roadside cantina in rural Mexico, the Colonel who runs the town takes a threatening interest in the lady, which he comes to regret when he meets the couple’s traveling companion. The form is magic realism. The story is sung and narrated by the young man.

2:30 pm – This Woods is Cursed – Dir. Michael Butt – A Wisconsin feature that find five friends going into the woods to celebrate the life of their dear departed friend Francis. During the festivities they awaken an ancient curse. Will any get out alive? Runtime – 88 minutes
Preceded by Murder in the Making: A Documentary- Dir. Hunter Rising

7:30 pm – The Power – Dir. Paul Hills – Magda, an anthropologist, is abducted by a cult. Her only way out might be to try to convince them that she is a follower too. But will it work? Runtime – 124 minutes