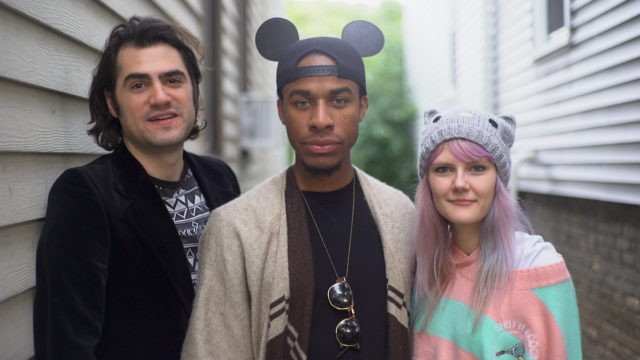 This month our multimedia series, In the Wings, looks at what makes Milwaukee a destination city.

Milwaukee, as modest as it often seems to people who fly over us in between coastal cities, is brewing something more than… (I know, that was too easy).

As Milwaukee artists continue to grind, people are noticing beyond their loyal hometown following.

Robert Perlick-Molinari, a Milwaukee native and the head of Label and A&R at YouTooCanWoo Production Studio, has taken note of the scene’s evolution. As a musician himself (French Horn Rebellion), the excitement to return to Milwaukee grew. He sits in the quiet, intimate corner room he turned into a recording studio in the house he recently purchased in Bay View, tucked away from KK traffic. It’s a stark contrast from the YouTooCanWoo studio space in Brooklyn.

More understated, equally comfortable with its intentional Craigslist finds he hopes will help the “creative vibes.”

The goal of transferring the collective, collaborative model from New York to Milwaukee is to elevate Milwaukee as a music destination. Where to begin? Building bridges between Milwaukee talent who wouldn’t ordinarily work together.

The inaugural installment: Lex Allen and producer Luxi. (We know, Lex and Luxi is too perfect.)

The result? Watch the video above and listen for the audio companion on-air.

Stay tuned for more Destination MKE stories as part of this month’s In the Wings series.