The ‘Philosophical Thumbtacks’ of The Riverwest 24

The ‘Philosophical Thumbtacks’ of The Riverwest 24 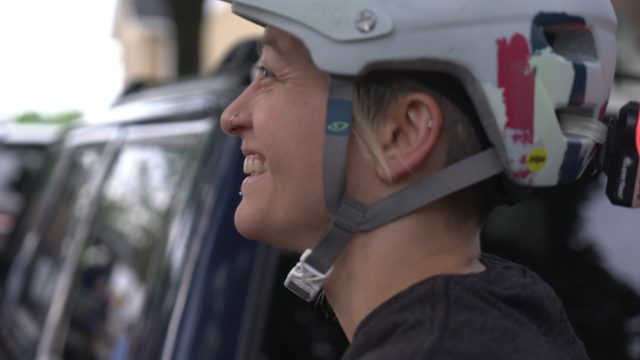 Our past episodes of In the Wings have followed a fairly singular pattern: one person who falls under one topic making a meaningful impact on Milwaukee that most people are relatively unaware of.

This month our topic is Outdoors. Our subject is not one person, it is multiple people, making their impact on Milwaukee with an event that is quite familiar to many Milwaukeeans, namely anyone who has lived in Riverwest at any point during the last ten years: The Riverwest 24.

Celebrating their 10th year, The Riverwest 24 “cannot be explained by a single sentence or event paragraph without a deep digestion of it mentally,” their co-founder and most recognizable RW24 organizer, Jeremy Prach, says with a knowing chuckle.

For those who are new to the concept Prach breaks it down in stages: it’s a 24-hour bike race that is less about the trophy as it is about the “philosophical thumbtacks” thrown along the way that force you to get off your bike and engage with the community.

These thumbtacks come in the form of surprise bonus checkpoints that challenge you to do anything from sliding down a waterslide in the woods (clothing optional) to sharing your life story in four minutes with a fellow rider you don’t know.

Ten years in and the race has taken a life of its own. Now referred to as the “people’s holiday” (#peoplesholiday), the streets of Riverwest are lined with neighborly supporters and volunteers the entirety of the race, all with the shared intention to bond as a community.

Not to mention, the “trophy” alluded to earlier? It’s made of ice.

Watch the video for this episode below- it will invite you to take a seat in Jeremy’s backyard and observe how this race, now a cultural fixture in Milwaukee, comes together.

Special thank you to the following who provided additional contribution to the video:

The Riverwest 24 organizers and volunteers.