Brewers will open season at 25% capacity, but with no tailgating

Brewers will open season at 25% capacity, but with no tailgating 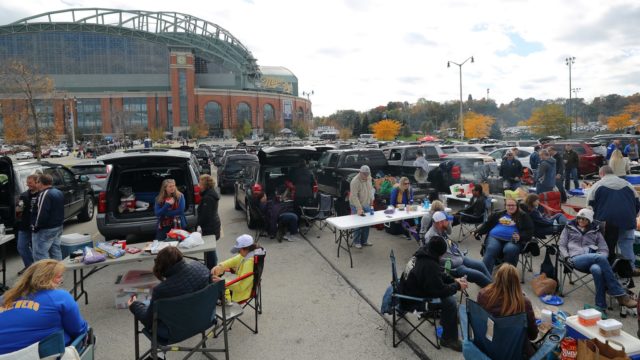 The Milwaukee Brewers will open their first season at the newly renamed American Family Field with between 11,000 and 12,000 fans in the stadium, but it will still be a while before fans can tailgate in the parking lots.

The team announced Thursday morning that it had been approved by the City of Milwaukee Health Department to open the season at 25% capacity, a bit short of the 35% capacity it had requested in a health and safety report in February.

Tailgating was not approved by the city, although according to reports the team hopes that will change as Covid-19 vaccines become more widely available.

The in-game experience, at least at first, is likely to look quite a bit different from when the stadium last hosted fans in 2019.

The team’s Covid-19 safety protocol page outlines detailed policies for fans, who will be expected to keep a six-foot distance from other attendees and must wear a mask at all times, except when eating or drinking in their seat. “No exceptions will be made to the mask requirement,” the team’s site says.

The Milwaukee Brewers’ home opener is April 1 against the Minnesota Twins.