If Milwaukee had one signature dish, it would be…

If Milwaukee had one signature dish, it would be… 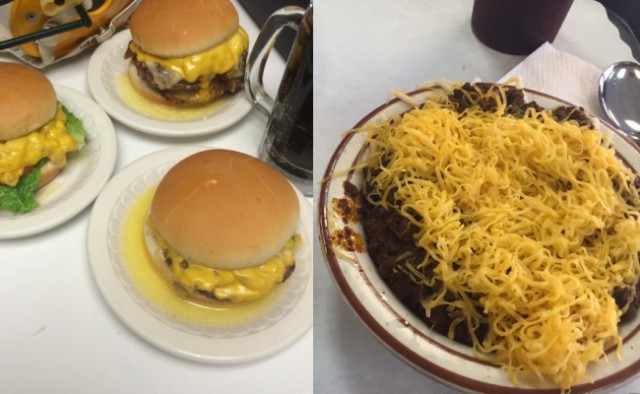 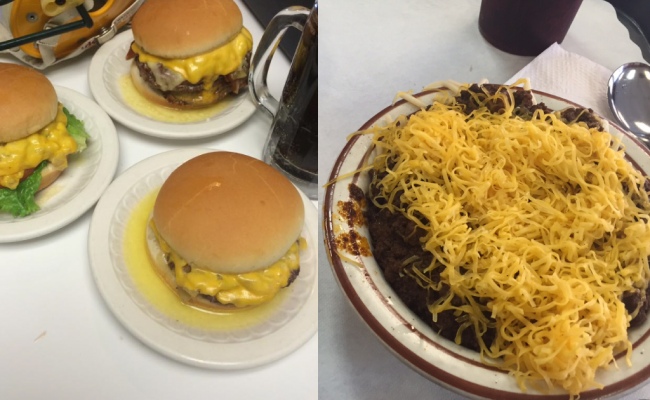 What do you think is Milwaukee’s signature dish?

For the past few weeks, I’ve been having conversations (okay, friendly arguments) with several people about this.

I think most of the disagreement comes from not understanding what a “signature dish” means. So, let me spell it out with a couple of rules:

Rule #2: The dish must have a good story or some mystique behind its origins.

So, what about Milwaukee?

Based on these rules, I have picked two signature dishes: Solly’s Butter Burger and chili at Real Chili.  Disagree? Please send all (negative) emails regarding this post to 88Nine’s program director, Jordan Lee. (jk)

Of course, these came up in my conversations/arguments. So, before I explain why I chose Solly’s Butter Burger and Real Chili’s chili, I’ll explain why the others didn’t make the cut.

Let’s begin with custard. Yes, Milwaukee has more custard shops than any city in the country, and is known as the Custard Capital of the World. However, custard doesn’t follow rule #1. In 1919, custard came into existence in Coney Island. The first custard stand opened Laffayette, Indiana in 1939. So custard is eliminated. And besides, my Mom makes the best custard in the world and she is from Alabama.

Next up: bratwurst. Yes, Milwaukee chows down on more brats than any other city, but Germany owns the credit for its creation. The only US city I know with its own sausage and follows rule #1 and #2 is in our nation’s Capitol.  It’s called the half-smoke, which can be found at the iconic Ben’s Chili Bowl. If you’re in DC, do try one.

Now, we could make an exception made for the brat. That would be for for the “beer brat” — the creation of simmering brats in beer. The beer brat has its origins in Wisconsin, but the city of origin is unclear.  Until I know for sure of the origin of beer brats, we’ll place it in the “maybe” column.

The fried cheese curd almost made the list, but its origin goes back several hundred years to Ancient Rome – yes, Ancient Rome. The Romans created a dish called Globuli, which is basically fried curds of cheese. The recipe consisted of dredging the curds in semolina flour, frying them in olive oil, then rolling them in honey.

I could consider the modern fried curd a signature dish, since it is different than its distant Roman cousin.Therefore, fried cheese curds are not completely eliminated. If someone can prove they were invented in Milwaukee, we’ll take another look.

Finally, the ubiquitous Friday fish fry. Yes, Milwaukee probably has more fish frys than any city. But to be honest, there is nothing unique about the dish. It’s the experience that makes it unique. Most fish frys in Milwaukee are beer-battered, which is common around the country and of course in the UK (i.e., fish and chips). Also various cities around the country hold fish frys.  Therefore, it is eliminated from contention. Sorry.

This leaves me with the final two — Solly’s Butter Burger and chili at Real Chili.

Both meet the criteria (rules 1 and 2, above). Both were created more than three generations ago. Both have some national appeal. Both are deserving of a James Beard Foundation’s American Classics Award.

Let’s first examine Solly’s Butter Burger. The Butter Burger can mean different things to many people. According to Lucky Peach’s “History of the Butter Burger,” a butter burger is  meat mixed with butter, or could be a bun toasted with butter with a pat of butter on the patty. According to the article, Kenneth “Solly” Salmon introduced this to Milwaukee in 1936 at his restaurant, Solly’s Coffee Shop (later renamed Solly’s Grille). Apparently, Solly was a huge fan of butter on his burger.

“Solly liked butter on his burgers. He put lots of butter on his hamburgers and it started being known as a butter burger.” — Glenn Fieber, Solly’s stepson and current owner of the diner.

Approximately a tablespoon of Wisconsin butter is added to the burger along with stewed onions. Solly’s can use between 125 and 150 pounds of butter a week. Solly’s has been called one of the 10 best burgers in America according to Fodor Travel and The Huffington Post.

What makes this burger even more intriguing is how it spread. In the 1950s, Kopps Custard began serving its version of the butter burger. Then in 1984, the Culver’s chain began and created its version called “ButterBurger,” which is a registered trademark. Other Milwaukee restaurants served their own versions of this rich treat. In 1999, Miller Beer got into the butter burger craze with a commercial pairing the rich sandwich with a High Life.

Even national chains like Steak ‘n Shake and Jack in the Box introduced their versions of the butter burger. In 2014, a couple of New York chefs recreated the Solly’s Butter Burger for New York’s Burger Week.

The Butter Burger even made it into the Urban Dictionary. It was defined as:

“The best food in the world.”

I have tried on numerous occasions to make this chili from recipes found on the internet — to no avail. It wasn’t even close. The flavor of this chili is unique and I can’t place my finger on it, which is one of the reasons it is a Milwaukee signature dish.

The idea of putting chili on top of spaghetti was foreign to me until I got to Milwaukee.  Some might say Real Chili stole the idea from its sweeter cousin in Cincinnati. Actually, they would be 100% WRONG! According to an OnMilwaukee.com article, Real Chili predates the Cincinnati version by at least 17 years. Real Chili began in 1931 (five years before Solly’s). The recipe is even older, with origins in Green Bay’s Chili John’s. That’s where Real Chili’s founder Francis Honesh worked before branching out on his own.

What I find interesting about Real Chili is that apparently only seven people have ever known the recipe (probably fewer than know the recipe for Coca-Cola). Only three of them are alive today. Travel and Leisure even called Real Chili’s chili one of America’s best.

What are your thoughts?  Am I missing a dish that follows the rules in this article?

If there was to be a single dish to represent Milwaukee, what would it be? Solly’s Butter Burger or the chili at Real Chili?  Both establishments should definitely be finalists for the James Beard Foundation’s American Classics Awards.

here's what the moody cook thinks. what do you think?