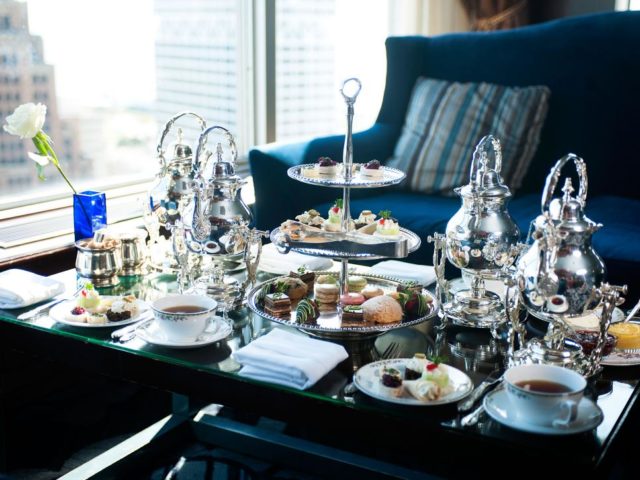 Ann’s “Ask Ann” column is back in this month’s issue of Milwaukee Magazine, and she’s tackling a big question: What is up with restaurant names? Also we’ve got a bunch of Milwaukee restaurant news to cover: Small Pie is coming to Crossroads Collective, Lazy Susan is doing some cooking classes, and afternoon tea is back at the Pfister Hotel. We talk about all that and more in this week’s episode.

Restaurants used to have straightforward names like Charles’ Place or John’s Steakhouse. But you don’t find those kinds of names any more. Now you’re more likely to find a Birch and Butcher or a Glass + Griddle. Ann explains the idea behind names like that, which are meant to be suggestive of a kitchen’s techniques and philosophy.

There’s a new addition coming to the East Side’s Crossroads Collective food hall: Small Pie, the sister bakery to Honeypie in Bay View. They’re open in a few weeks, filling the space that was left behind by Laughing Taco. The addition means that the food hall will once again be at full occupancy.

Speaking of Bay View, that neighborhood’s wonderful restaurant Lazy Susan is hosting cooking classes. They’ll teach people how to make dishes from Europe with a series of monthly cooking classes that start Sept. 10 with Spain.

In case the pumpkin spice lattes didn’t tip you off, fall is around the corner. And in another sign of fall’s return, afternoon tea is returning to the Pfister Hotel. It’s a highly traditional affair, with service provided by an expert tea butler. If you want to feel pampered, this is a great destination. You can also order traditional sandwiches and scones and deserts. It’s also hugely popular: You have to make a reservation. But you also have some time: The tea service runs now through May.

And finally we have some news of another new deep dish pizza place coming to Milwaukee. You can stream this week’s episode below.