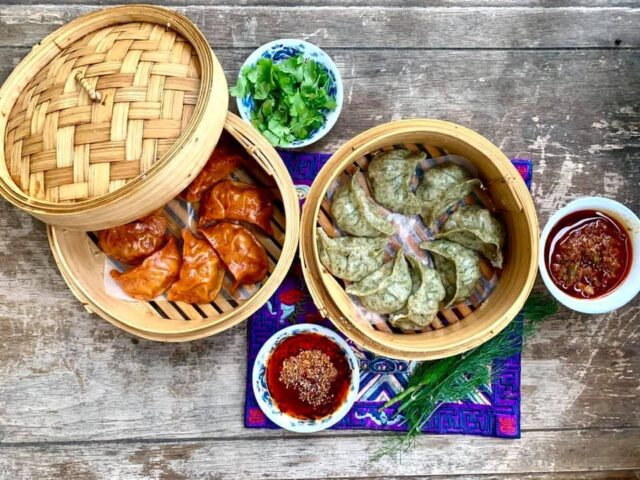 Today on This Bites we’re discussing something near and dear to my heart: dumplings. We also have some sad news about Nessun Dorma and some exciting news from Twisted Plants, which is doing a vegan Thanksgiving menu, and from Hotel Madrid, which has quite a few fun promotions planned for Halloween and election night.

If you’ve listened to this podcast regularly, you’ve heard me complaining about the lack of dumplings in Milwaukee. I’ve always had to drive to Chicago to get a true dumpling fix. But that’s about to change with Phat Dumpling, a pop-up created by a wife/husband duo of chefs with experience at DanDan, Goodkind, Odd Duck and other prestigious local restaurants.

The first pop-ups will be Nov. 14 and 15 from noon to 3 p.m. outside of Fauntleroy. All the dumplings will be shared fresh, raw and ready to be cooked at home. There’s a pork and dill dumpling with ginger, scallion; a cumin beef dumpling (with a chili vinegar dipping sauce); and even shumai dumplings, a dim sum classic.

I could not be more excited. I’m planning on buying all of these dumplings.

Nessun Dorma breaks for the winter

We have some sad news about Nessun Dorma, which announced that it will temporarily shut its doors for the winter. It’ll shut down after brunch on Sunday, Nov. 1. The owners said they were expecting more government aid that never arrived. This makes us wonder if they won’t be the only ones to shut down for the winter — it’s not going to be easy for restaurants this year. Ann predicts that smaller places in particular are really going to struggle.

We’ve talked about Twisted Plants many times on this show, and once again they are doing something really cool. They’re offering a special Thanksgiving menu. It’ll be online shortly and you have until Nov. 22 to order. The all-vegan menu will include smothered chicken cutlets, savory dressing (stuffing), smokey mixed greens, baked mac and cheese, candied yams and an onion and bell pepper gravy. For dessert, they’re offering a southern apple pie.

Hear us talk about all that and more, including Hotel Madrid’s pop-up Star Wars cantina and Halloween weekend costume contest, below.