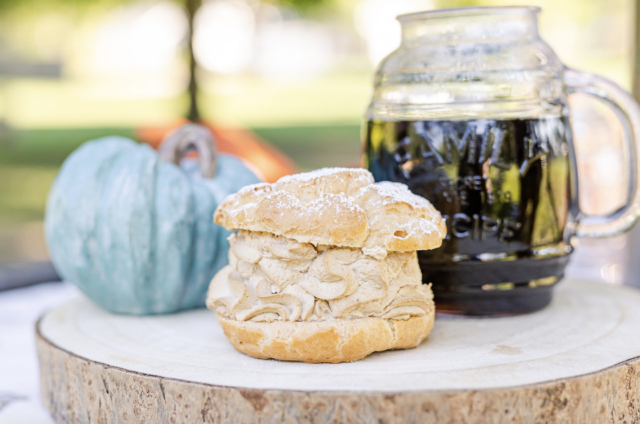 On this week’s episode of This Bites, we have a lot of things to talk about, including a new Arabic-style coffee roastery, Milwaukee’s first-ever South Side Dining Week, and a CBD bakery that just opened. But we kick things off by talking about one of Ann’s favorite things, “PSL season,” as we call it. That’s right, we’re talking pumpkin spice — my least favorite flavor.

Last year the Wisconsin State Fair offered a Pumpkin Spice Cream Puff, and it must have been incredibly popular, because this year they’re bringing it back along with another flavor called the Latte Cream Puff. It’ll be offered only from Sept. 24-26 at Wisconsin State Fair Park’s Harvest Fair, and at a cream puff drive-thru Sept. 23-26, if you don’t want to get out of the car.

The Arabic-style roastery Paradise Roastery has opened at 814 W. Layton Ave. The shop roasts coffee, nuts and seeds on site in large steel drums and also sells “chocolate, Turkish delights and other sweets, as well as spices and zaatar, a savory blend of spices and sesame seeds,” according to the Wisconsin Muslim Journal.

Hear us talk about all that and more, including a new charcuterie board business and a new location of Crafty Cow opening in Tosa, which will also be serving Southern fried chicken and Nashville hot ramen, on this week’s episode.