You’ve had pizza, but have you had Roman-style pizza?

You’ve had pizza, but have you had Roman-style pizza? 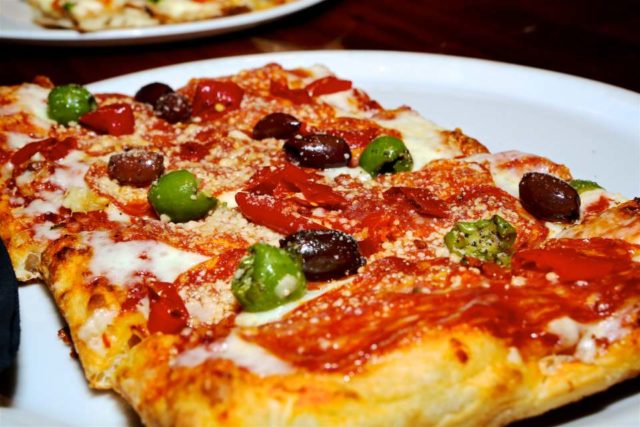 On this week’s edition of This Bites, we’re discussing the new restaurant in the Iron Horse Hotel called Ash, an upcoming hot chocolate festival in Burlington, the story behind Meat on the Street and some big pizza news.

Ann explains how this restaurant differs from Birch + Butcher. The dining room has changed from when it was Smyth. It’s warmer and brighter now, and it has less of a masculine feel to it. Ann gives the restaurant a thumbs up and shares some dish recommendations, including an interesting grilled spin on avocado toast.

Next, Ann gives us the backstory about the Filipino restaurant Meat on the Street — you can find her story on that in the print issue of Milwaukee Magazine — and then we discuss Hot Chocolate Fest, a weekend of activities in Downtown Burlington. Burlington hosts an event called Chocolate Fest in the summer, and this is the winter offshoot of it. There will be bon fires, ice skating, s’mores and hot chocolate tastings.

And then we talk about two new pizza places. The Sheboygan spot Harry’s Prohibition Bistro is now offering something called Roman Taglio pizza, which promises a distinctive airy yet crunchy crust. “The special dough rests and ferments for up to 96 hours prior to baking, is cooked three times and is served as rectangular slices cut by a specific style of kitchen scissors,” according to a press release.

And we now know which restaurant will be occupying the old Irie Zulu location at 7237 W. North Ave. It’s called BB’s On North, and will offer pizza, pasta and wine. It plans to open this month.

Finally, we share some sad news about Divino Wine + Dine. It’s been sold. A new restaurant will take its place. It’s called Tavolino, which translates to “small table” in Italian, so neighbors will still have an Italian spot nearby.

Get the scoop on all that in this week’s episode.