What to expect from David Byrne in Milwaukee

What to expect from David Byrne in Milwaukee 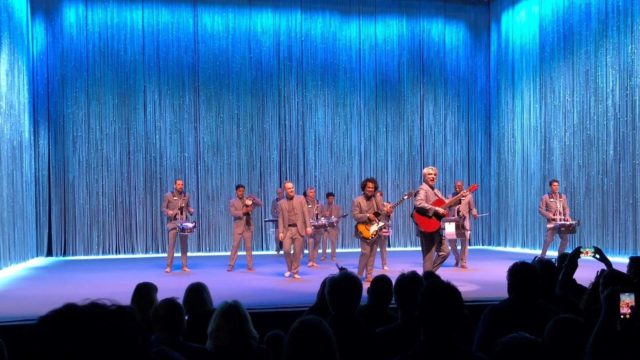 David Byrne is doing something that he hasn’t done since 2009: embarking on a solo tour. Byrne, who fronted Hall Of Fame act Talking Heads from the group’s formation through their 1991 breakup, recently released his first solo album in 14 years with “American Utopia” this spring.

Fans should expect to hear legendary Talking Heads hits such as “Burning Down the House,” “Life During Wartime” and “Psycho Killer,” as well as “Everybody’s Coming To My House,” “Every Day Is A Miracle” and more from his new solo record.

His music doesn’t need an impressive production. It stands on its own. Supporting that idea, the stage will look like this: 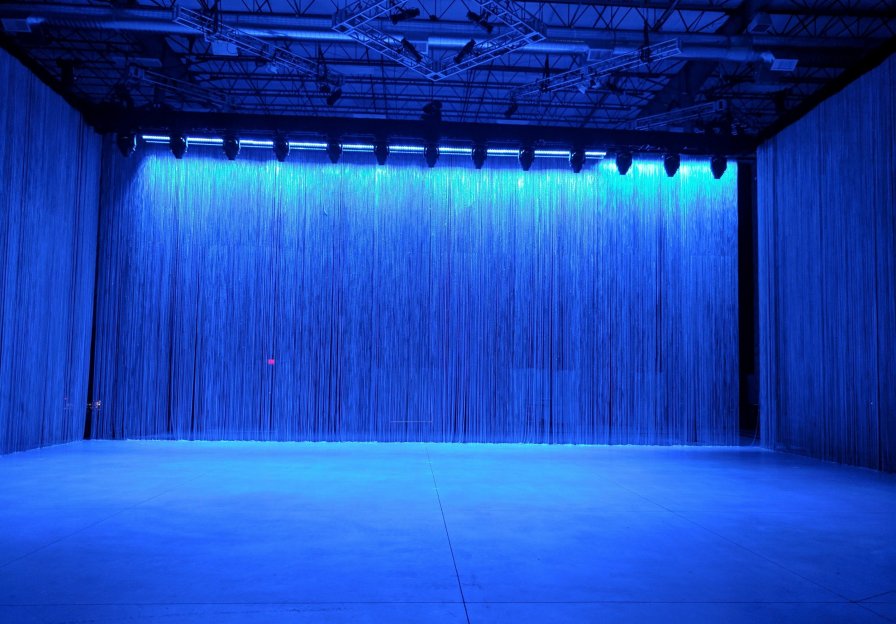 Besides the performers themselves, that’s pretty much it. Byrne and his band are going completely cordless and without any on-stage PA systems. While it’s a very back-to-basics approach, it’s very visually impressive and theatrical, but in an understated way that doesn’t compete with the music itself.

And, if this minimalistic stage reminds you of the Talking Heads’ “Stop Making Sense,” it’s kind of supposed to.

The show concept is simple, much like the concept for Stop Making Sense. There, it was “bit by bit show what goes into making a show, and then activate it”. Here, it is “allow everyone to be mobile on an empty stage” and imagine what that allows. #AmericanUtopia pic.twitter.com/1BHShLcstl

There are also costumes. Again, they’re minimal. Byrne and his band all wear identical grey suits. 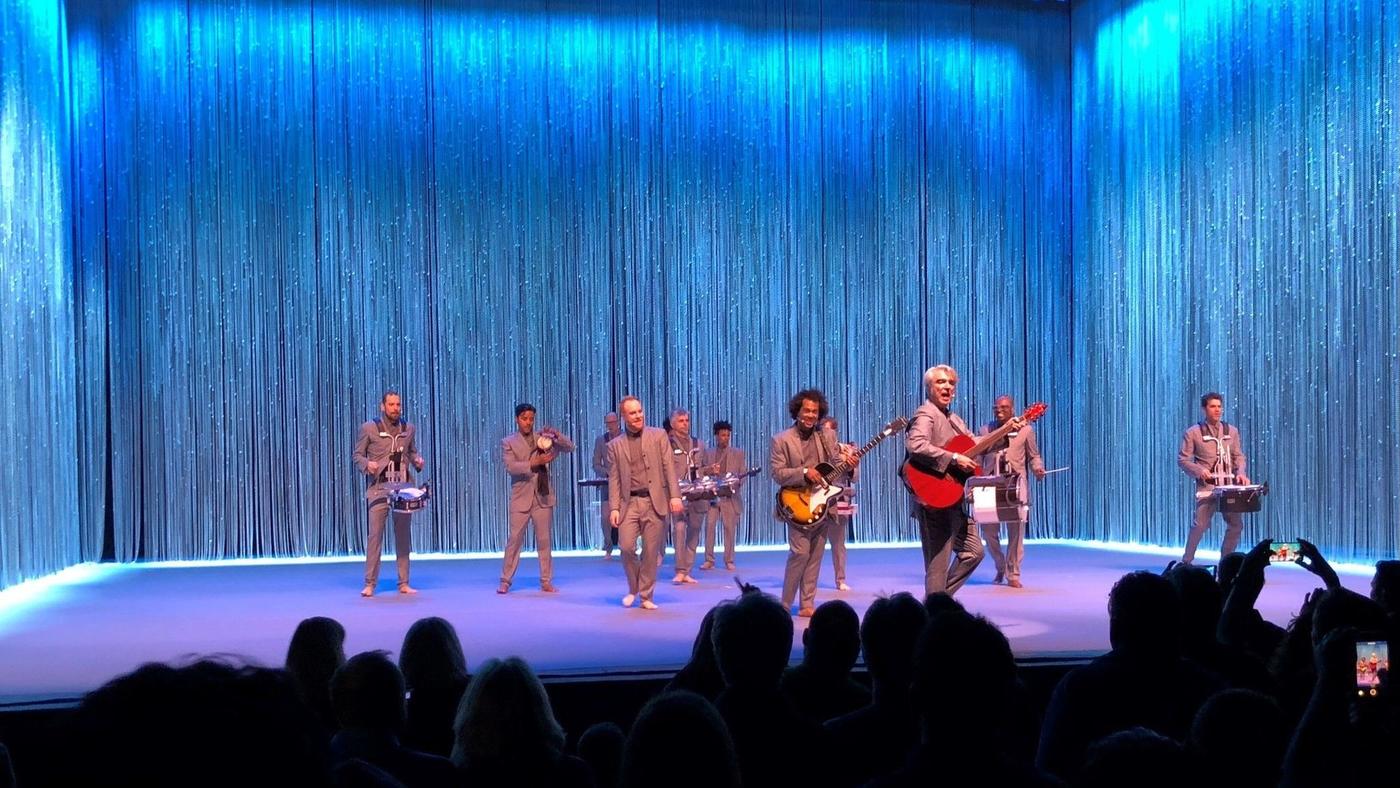 Speaking of the band, one of the other things we’re looking forward to is seeing David Byrne perform with Milwaukee’s very own Angie Swan. She’s a Sherman Park native and Milwaukee High School of the Arts alumna. Swan has worked as a touring and session musician for will.i.am, Macy Gray, Fifth Harmony and spent three years playing in the Cirque du Soleil. Now, she’s performing with Byrne and stealing the spotlight as as his ace guitarist on this tour. 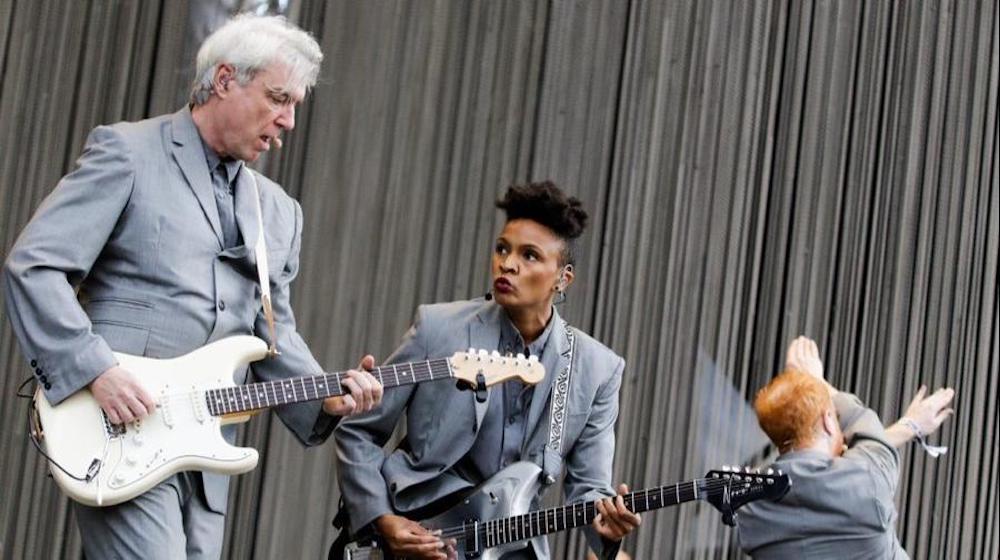 It’s rare for a music writer to mention back-up band members in a concert review, especially by name and especially when the headliner has such a big name like Byrne. But, Swan and her shredding have been earning written acclaim almost every night of this tour. We’ll definitely be paying special attention to her on stage next week in Milwaukee.

You’ve probably heard about David Byrne in Milwaukee on May 15 at the Riverside. Hopefully, you even got tickets, because it’s going to be a great show. Not only because the former Talking Heads singer is one hell of a performer, but because there are also some Milwaukee connections, like his guitarist, Angie Swan, who has been stealing the show every night on his “American Utopia” tour.

Read more and listen to the full Tap’d In podcast below to get our preview of the upcoming David Byrne show.