Kareem Abdul-Jabbar to speak at UWM this March

Kareem Abdul-Jabbar to speak at UWM this March 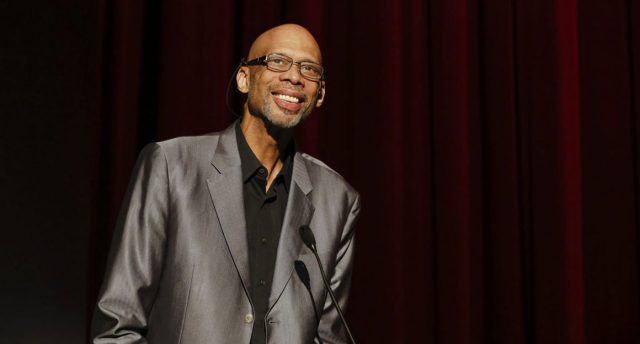 Milwaukee basketball legend Kareem Abdul-Jabbar will be returning to Milwaukee to give a lecture at University of Wisconsin-Milwaukee on March 2.  In 1971, he led the Milwaukee Bucks to their first-ever NBA championship.

The lecture, which will be open to the public, will focus on his personal journey and experiences as a Muslim and a social activist in America.

Kareem is a basketball legend; he is the National Basketball Association’s all-time leading scorer, a six-time champion, and a 19-time All-Star. The list of accomplishments he has as an athlete goes on, but Kareem says, “I can do more than stuff a ball through a hoop; my greatest asset is my mind.”

After retirement, Kareem has remained active. A respected writer and thought leader, Kareem is the author of 11 books, including the recent title Writings on the Wall – Searching for a New Equality Beyond Black and White. He is also a contributing columnist for The Washington Post and Time Magazine, where he shares his thoughts on some of the most socially relevant and politically controversial topics facing our nation today.

In 2016, he was awarded the Presidential Medal of Freedom, the highest civilian award of the United States, by President Barack Obama. In 2012, Kareem was appointed to be the only U.S. Cultural Ambassador by then Secretary of State Hillary Clinton. His Skyhook Foundation brings educational STEM opportunities to underserved communities.

Book signing to follow. Books will be available for sale. No memorabilia will be signed.

Tickets will be available starting on Feb. 17 at the Union Information Center or by calling (414)229-4825. General Public tickets will also available online.

Advance general public tickets will cost $15 and $20 at the door.  UWM Students with an ID are free.