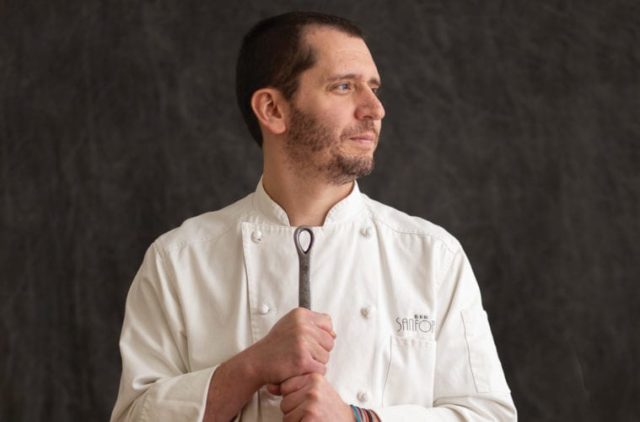 Milwaukee Magazine’s chef of the year 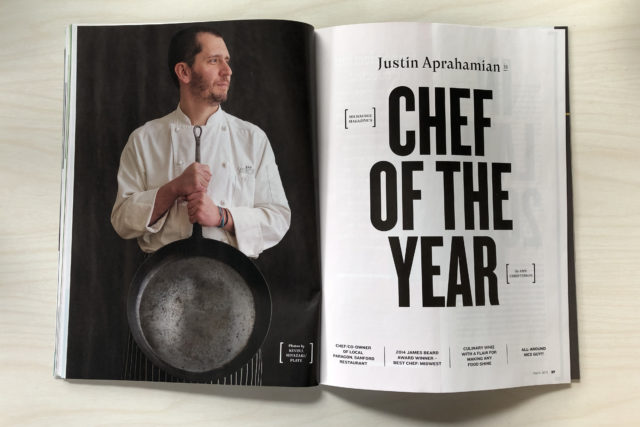 Ann picked Justin Aprahamian as Milwaukee Magazine’s first “chef of the year.” He is the chef and co-owner of Sanford Restaurant, a James Beard award winner for 2014’s Best Chef: Midwest, has made a huge positive impact on the city and he is just an all-around nice guy.

She took skill, innovation, consistency and community leadership into consideration and Justin came out the winner.

He’s been gracefully carrying the torch of the original Sanford owners, Sandy and Angie D’Amato, since late 2012.

Anyone who has ever had a meal at Sanford knows that it’s an experience like no other in the city—and we’re not just talking about the divine menu. In her article, Ann calls the service “ballet-like.” And the tight ship all starts with Justin and his humble leadership of his charismatic crew with impeccable presentation.

You can read Ann’s in-depth feature on Justin in this month’s issue of Milwaukee Magazine where he talks about his journey to where he is today and how Sanford is bigger than just him.

Wednesday, the James Beard foundation announced the 2019 semifinalists for its awards that are like the Grammys of the culinary world.

Five Milwaukee establishments and chefs made the cut: the Bartolotta Restaurants, Bavette La Boucherie, Bryant’s Cocktails, The Diplomat and EsterEv have all joined the James Beard Midwest competition.

This year we embraced the polar vortex, the snow and the cold. To reward us for our endurance and to get us all through the rest of winter, Snack Boys and Hotel Madrid are putting on an afternoon cookout like no other.

They’ll be hosting at Hotel Madrid under a covered patio with heaters, fires and cocktails to keep you warm. You can learn all the secrets by chatting with the chefs in the outdoor kitchen while they roast, grill and char everything to perfection. Get more information here.

As the dining critic, Ann got to pick Milwaukee Magazine’s very first chef of the year. And in this episode, she tells us why she thinks Justin Aprahamian of Sanford earned the tile.

Read more and listen to the podcast episode below to hear more about Milwaukee Magazine’s pick for chef of the year, this year’s James Beard semifinalists and an upcoming cookout in—gasp—the winter.