Your guide to Taste & Toast, which is basically downtown Milwaukee’s happy hour festival

Your guide to Taste & Toast, which is basically downtown Milwaukee’s happy hour festival 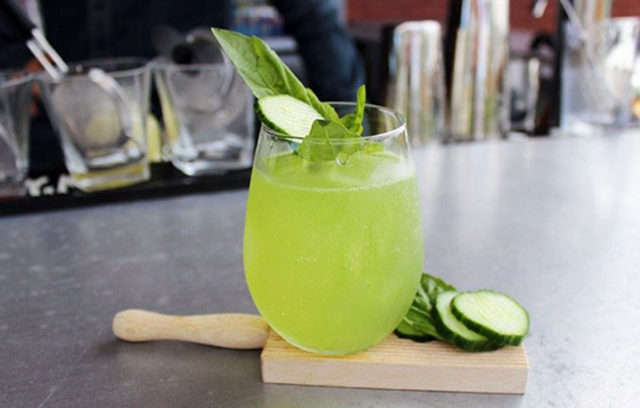 Lately, you might be seeing a lot of promotion for Taste & Toast Milwaukee—but what is Taste & Toast? It’s kind of like Milwaukee Downtown Dining Week, but smaller. It features five (week)nights of special menus of bottles and bites, during the hours of 4-7 p.m. So basically, we like to call it the Milwaukee happy hour festival.

It’s perfect to lift your spirits and satisfy your palate (and pocketbook) after work by sampling and sipping specially priced small plates, appetizers and mixers at over 20 downtown restaurants.

The deals at all of these places are the perfect excuse and opportunity to go out every day this week to sample new restaurants, try places you’ve been meaning to go to for years or to revisit old favorites. Even the parking is discounted to $3.

Check out all of the restaurants’ Taste & Toast happy hour menus here.

Good City Brewing hasn’t been around that long, but they are expanding quickly. Their new location in the Bucks arena’s Live Block is huge and stylish. And its grand opening weekend is here. Get a list of the festivities, going on all day Friday and Saturday, here.

While you’re drinking, check out the menu. Good City is known for their food as well as their brews. The new downtown location features staples from the original East Side taproom like the Impossible Burger, barramundi po’ boy, pilsner mac and cheese and the beloved curry fries.

EsterEv, inside DanDan, is bringing its collaborative dinner series back from March to November. The lineup brings chefs from across the country together to cook cuisines ranging from French to refined Mexican to fine dining. Each date is a 10-course meal and reservations are required. First up on March 5, Chef Ryan Pfeiffer from Chicago’s Blackbird will be at EsterEv to offer his creative Midwestern cuisine using farm-fresh ingredients.

We have more Milwaukee pasta news. Tua Pasta (meaning “Your Pasta” in Italian), a fast-casual pasta bar, is now in the works to open downtown at the former John Hawks Pub space along the Riverwalk. It will allow diners to craft their own pasta dishes– choosing from a selection of freshly-made noodles, sauces and locally-sourced toppings that will be cooked right in front of them. Tua Pasta will also serve made-to-order salads, gelato, beer and wine.

Everyone loves a good supper club. The Landing at Hoyt Park did a Supper Club dinner on January 19, and it was such a good time, they are bringing it back for a second round.

March 1, Camp Bar is opening a wine bar—Campsite 131. Named for its address at 131 N. Jackson St., Camp’s newest concept will have a slightly more upscale Northwoods theme with a long list of wines, but it’ll be just as cozy.

Your guide to Taste & Toast, Milwaukee's happiest week of the year

Next week is Taste & Toast, which is basically your ticket to sampling downtown Milwaukee’s happy hour cocktails and appetizers on a budget.