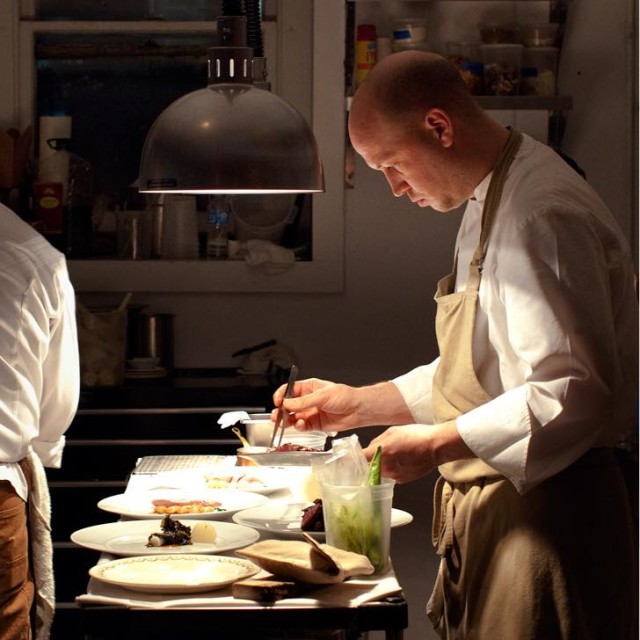 Chef Justin Carlisle of Milwaukee’s Ardent is the only Wisconsin chef to make it to the finals of the James Beard Award Foundation.

Carlisle is one five finalists for “Best Midwest Chef.” He was also a finalist last year. His restaurant, Ardent, was nominated in 2014 for “Best New Restaurant in the United States.”

Located in the East Side, Ardent is an intimate restaurant that blends the earthy with the contemporary. On Friday and Saturday nights after 11:30pm, Ardent transforms into one of the country’s best Ramen shops.

Get to know more about this Milwaukee culinary treasure in an interview with 88Nine’s own Dori Zori.

You can also watch his talk on “Ugly” last May at Creative Mornings.

Justin Carlisle is also planning to open a second restaurant in a new, mixed-used tower on Farwell Avenue, according to BizTimes.

The James Beard Awards winners will be announced May 2 at Chicago’s Lyric Opera House.